Spain has seen a drop in the number of people dying from COVID-19 for the second day in a row.

The figures have, for now, put Spain’s infection total ahead of Italy’s, behind the US, as the second highest in the world, although Italy’s latest figure is expected later today.

Spain has implemented a lockdown involving regulations requiring people to stay at home and a shutdown of all non-essential industries.

The suggestion that deaths are starting to fall will come as an optimistic sign for the country’s beleaguered health sector.

Spain’s doctors and nurses have released clips of each other cutting up plastic rubbish bags to use as personal protective equipment.

Many say their situation is worse than that of others in some countries, with more than 15,000 of them sick or self-isolating, unable to help patients.

The health ministry says that’s around 14.7% of the country’s confirmed cases, but the concentration is higher in the capital Madrid – 21%.

Spain’s health service, like Italy’s, is normally run at regional level and although the central government took control by declaring a state of emergency on March 14, authorities have struggled to get the extra staff and protective equipment they have needed.

Tomas Toranzo, president of doctors’ union group CESM, said: “The explosion of cases in Spain is not normal… it has
been very poorly managed since the beginning.” 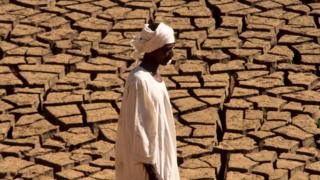 Climate change: More than 3bn could live in extreme heat by 2070 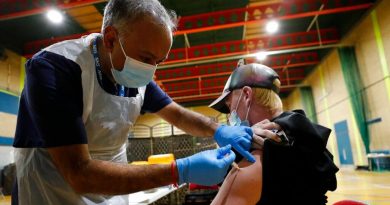