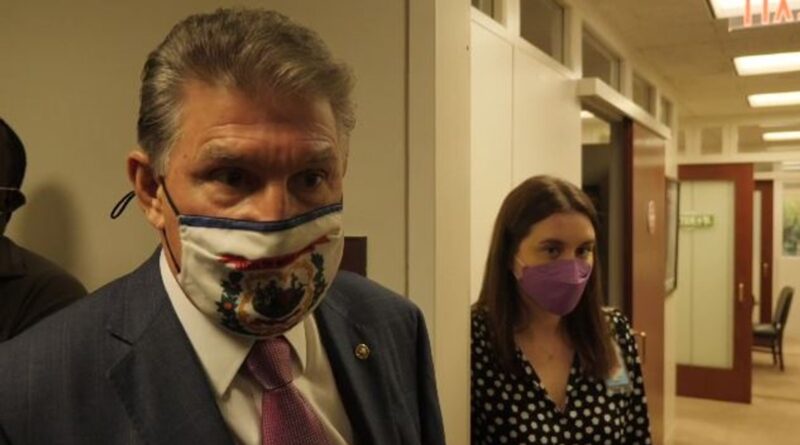 A US senator accused of jeopardising America’s central pledge at the COP climate conference has told Sky News he rejects the accusation but says coal power plants in the state he represents will not be shut down.

Speaking outside his congressional office on Capitol Hill, Senator Joe Manchin said: “I am not watering anything down. No not at all. You need to read the facts and see what’s happening in the world.

“Look what happens in China; what’s happening in Russia. Look what’s going on over in your country.”

Asked to confirm that he wants coal mines in West Virginia, his home state, to remain open, he said: “We want to make sure we have reliable power, we have basically cleaned up the environment more than any other time in the history of this world.

“No, they [the coal mines] are not going to close in the state. You can’t close them. They’re reliability.”

America’s COP26 ambitions are under threat from one of President Biden’s Democratic colleagues.

The West Virginia democratic party senator has been a thorn in Joe Biden’s side as the president tries to pass a whopping $3.5trn spending bill.

Known as the reconciliation package, the bill is focussed on improving healthcare, social care, education and contains key climate change pledges which Mr Biden planned to take with him to the COP26 summit in Glasgow.

Combined with a separate $1.2trn infrastructure bill, they form a central part of Mr Biden’s agenda for America.

Senator Manchin, a conservative Democrat, holds the crucial swing vote in the 50-50 split Senate. He also chairs the Energy and Natural Resources Committee.

His seat is West Virginia, one of America’s poorest states and is the second largest producer of coal in America after Wyoming. Most industry workers in West Virginia are employed in the coal mines.

The coal industry in West Virginia generated $14bn in the state’s economic activity in 2019. It is a central component of the local economy of the state.

The White House has admitted that the clean energy components of the bill are likely to be dropped in order for the bill to pass.

White House staff are understood to be trying to rewrite the legislation to include other policies which could cut emissions.

Subscribe to ClimateCast on Spotify, Apple Podcasts, or Spreaker

Last month, America’s climate envoy John Kerry told Sky News of his country’s sweeping plans to electrify and decarbonise the United States by rewarding suppliers for switching to clean power sources and penalising them if they don’t.

Senator Manchin says he cannot support using taxpayer dollars to incentivise private companies to do what they are already starting to do without federal help.

“My goodness we have done more for climate, changed the climate basically in America faster than any other country on earth in the last 10 years,” he told Sky News.

In full: US climate envoy John Kerry on China

“You’re talking about one thing – the clean energy standard, correct? That’s paying utilities $150bn? I am not watering anything down. No not at all.

If he is successful in blocking the bill as it stands, the coal mines of West Virginia may be safe for now, but America will find it much harder, if not impossible, to hit its carbon reduction targets.

It will also be much harder for the United States to push other big emitters like China and Russia to follow the American lead.

What is carbon capture and could it help save the planet? 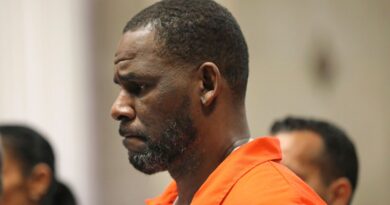 R Kelly: Working for singer was like being in ‘twilight zone’ where he called all the shots, ex-employee tells trial | US News 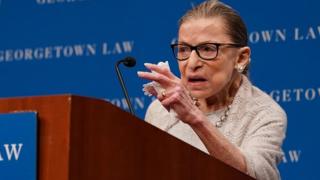 US Supreme Court Justice Ginsburg back in hospital