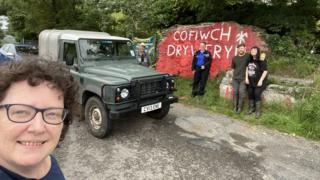 Volunteers have restored an important Welsh cultural mural after it was vandalised with a swastika.

The symbol, along with a Celtic-style cross, was painted over the “Cofiwch Dryweryn” – Remember Tryweryn – slogan on the Aberystwyth to Llanrhystud road.

The slogan was painted in 1965 after the village of Capel Celyn in Gwynedd was flooded to create a reservoir.

Plaid Cymru’s member of the Senedd for Ceredigion posted an image on Twitter showing the restored mural.

It is the third time the painted wall has been vandalised in the past two years.

Last February, volunteers restored the wall after it was painted with the name “Elvis”, only for it to be partially destroyed in April.

It was restored again, but the spate of vandalism led to renewed calls for the Welsh Government to protect the site.

The Welsh Government has previously said it would be willing to enter talks with the Llanrhystud Community Council “and interested parties on better interpretation and protection of the site”.

The mural marks the flooding of the Tryweryn valley, which contained the Welsh speaking village of Capel Celyn, near Bala.

The valley was dammed to create a reservoir to provide water for Liverpool, despite overwhelming opposition from Welsh MPs.

The action was widely regarded as a turning point in the Welsh nationalist and language movements, resulting in Plaid Cymru securing its first MP in 1966.

It is not known when the memorial was defaced on this occasion. 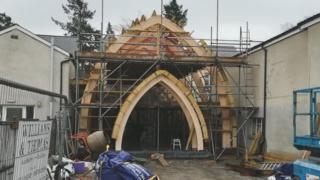 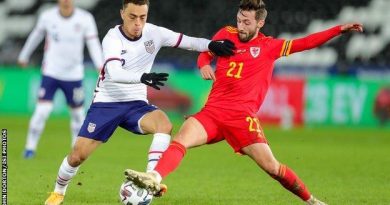 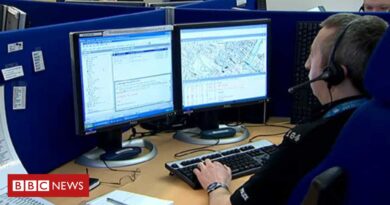 South Wales Police gets more 999 calls than ever before