At 20:00 BST on Thursday, households across the UK stood on their doorsteps and balconies and applauded the efforts of the NHS and care workers in treating those affected by Covid-19.

The initiative was devised by Annemarie Plas, from Brixton, south-west London, who was inspired by same event happening in her home country of the Netherlands, and in many other countries.

Annemarie posted details of the event on her social media channels, and enthusiasm for taking part quickly spread across the UK.

“I hope that it creates a positive boost for those on the frontline,” she said.

“But also [when] you hear your neighbours applauding you know that we are together in this, because we are currently all in our houses.”

There was applause in Manchester, below.

People cheered in Blackpool (above) and London (below).

There was support from Northampton.

Residents in Glasgow (above) and Hove (below) showed their support.

The NHS staff at Royal Liverpool University Hospital heard the public’s appreciation and also joined in the applause.

Buildings around the UK were also lit in blue – the colour of the NHS logo – to pay tribute to the work of NHS staff, including Wembley Park Underground station, below.

The Kelpies in Falkirk, a metal sculpture of horse heads, was lit up in blue.

Lincoln Cathedral lit up in blue.

The arch at Wembley Stadium in London was an arc of blue – and the stadium has promised to repeat the tribute every evening during the crisis.

All photographs subject to copyright. 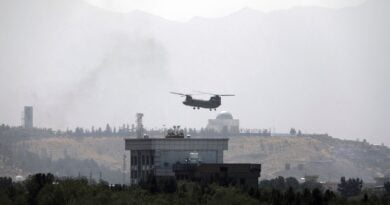 ‘A stain on the West’: The story of how the ‘greatest military force ever assembled’ abandoned Afghanistan | World News 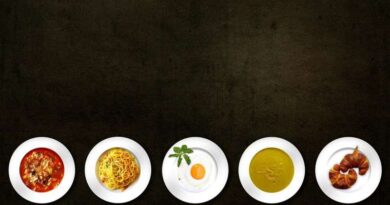 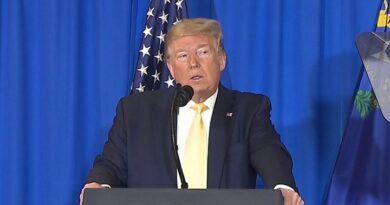