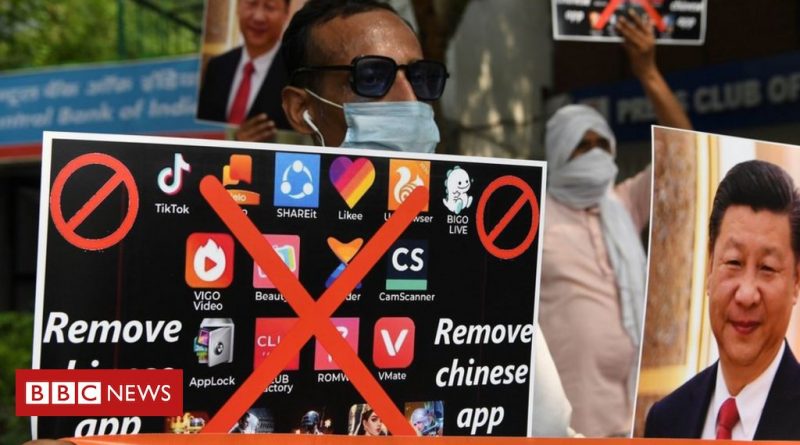 China has taken aim at the US saying its tech firms are victims of “naked bullying”.

The accusations come as the Chinese government launches a new set of global guidelines for technology companies.

Last month a similar data privacy effort was announced by the US called The Clean Network.

It is the latest clash between Washington and Beijing over data security issues which has already embroiled TikTok, Huawei and WeChat.

In recent months, the Trump administration has taken steps to block Chinese tech firms like Huawei and Chinese apps including TikTok and WeChat saying they pose threats to national security.

“This is naked bullying and should be opposed and rejected.”

On Tuesday, Mr Wang said the new initiative also calls for tech firms to not create backdoors – secret access to a company’s data and network – into their services.

The US has frequently accused Chinese telecoms provider Huawei of having backdoors in its equipment.

“Global data security rules that reflect the wishes of all countries and respect the interests of all parties should be reached on the basis of universal participation by all parties,” Mr Wang added.

China’s global data security plan states that tech firms should not engage in large-scale surveillance of other countries or illegally acquire information of foreign citizens by using technology.

In August US Secretary of State Mike Pompeo launched the Clean Network, a global blueprint to exclude Chinese telecoms firms, apps, cloud providers from internet infrastructure used by the US and other countries.

“We call on all freedom-loving nations and companies to join the Clean Network,” Mr Pompeo said. More than 30 countries and territories have signed up according to the State Department.

China’s new initiative to set global standards on data security will be welcomed by tech companies, according to one legal expert.

“China has a robust national data privacy framework to protect personal data, whereas the US does not have a national level privacy law. In the context of developments that may restrict international data flows, this announcement looks like a pragmatic approach for international business,” Carolyn Bigg, a technology and communications lawyer at law firm DLA Piper told the BBC.

This would restrict suppliers from providing it with American-based tech without special permission.

On Tuesday, US president Donald Trump stressed his desire to “decouple” from China.

“Whether it’s decoupling, or putting in massive tariffs like I’ve been doing already, we will end our reliance on China, because we can’t rely on China,” Mr Trump said.

India’s government has also banned TikTok and dozens more Chinese-made apps it says are a danger to the country. 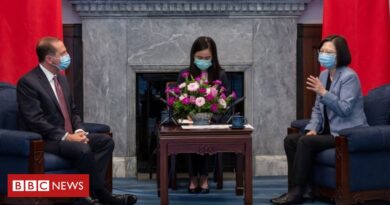 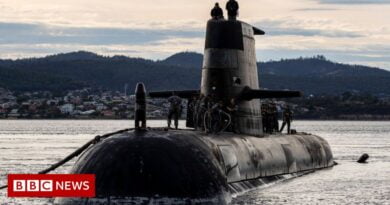 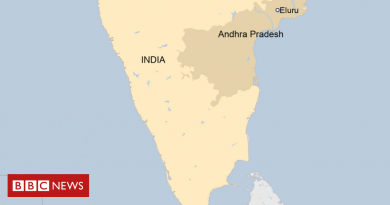