Hundreds of thousands more people were confined to their homes in northern China Tuesday as the country battled its worst COVID surge in 21 months and locked-down residents took to social media to complain about food shortages.

But authorities have faced a resurgent virus in recent weeks, reporting 209 infections on Tuesday—the highest single-day tally since March last year, when the pandemic raged through the central city of Wuhan.

The surge—while low in comparison to rampant cases in Europe and the United States—has prompted authorities to impose what they have called the “strictest” possible curbs in the northern city of Xi’an, whose 13 million residents are entering a sixth day of home confinement.

As well as having undergone several rounds of testing, households are limited to sending out one person every three days to buy groceries.

Nearby cities have also logged cases linked to the flare-up, with Yan’an—about 300 kilometres (186 miles) from Xi’an—Tuesday shuttering businesses and ordering hundreds of thousands of people in one district to stay indoors.

The Xi’an lockdown is the most sweeping in China since the similarly-sized Wuhan was sealed off.

More than 800 coronavirus cases have been recorded in Xi’an since December 9, with the youngest case a 38-day-old infant, the state-run Global Times newspaper reported Tuesday.

Many residents Tuesday posted on social media platforms to call for help in acquiring food and other essentials.

“I’m about to be starved to death,” wrote one person on the Weibo site.

“There’s no food, my housing compound won’t let me out, and I’m about to run out of instant noodles… please help!”

“I don’t want to hear any more news about how everything is fine,” wrote another. “So what if supplies are so abundant—they’re useless if you don’t actually give them to people.”

Authorities have insisted that supplies remain stable as they maintain strict controls on movement into and out of Xi’an.

One Xi’an resident surnamed Liu told AFP on Tuesday that chaotic management of some communities was behind the shortages.

“The supply at the store in our compound is currently all right—but the prices are higher than in normal times,” he said.

A resident surnamed Wei said staff at her compound collected residents’ online orders at the entrance and delivered them to her door in person.

“I haven’t experienced a lack of supplies,” she said. “The community notified us of the lockdown before it happened, so I managed to stock up.”

Xi’an has set up over 4,400 sampling sites and deployed more than 100,000 people to handle the latest round of testing, according to state broadcaster CCTV.

Students have also been banned from leaving university dormitories unless necessary, CCTV reported.

In Xianyang—a nearby city of four million with around a dozen cases—the local Red Cross branch appealed to the public for cash donations, saying its “consumption and demand for protective gear is currently very large”. 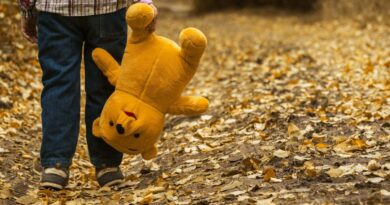