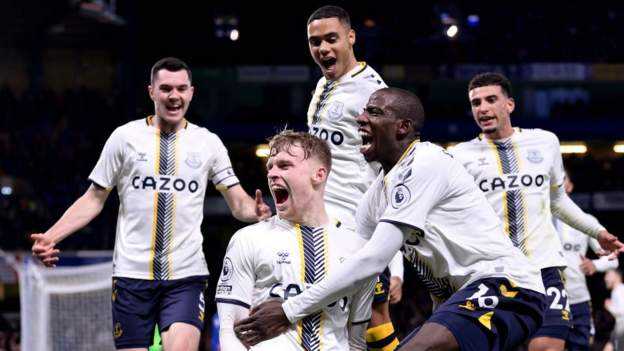 Chelsea missed a chance to move two points behind Premier League leaders Manchester City as a depleted Everton side earned a superb point at Stamford Bridge.

But Everton equalised four minutes later when 19-year-old defender Jarrad Branthwaite, in his first league appearance of the season, converted at the back post after Anthony Gordon’s free-kick.

Thiago Silva had a chance to win it for the hosts but saw his powerful header superbly saved by Pickford.

It was an impressive performance from the England international as he also kept out earlier efforts from Christian Pulisic, James, Jorginho and three strikes from Mount when it was goalless.

Chelsea, aiming to win the Premier League title for the first time since 2016-17, will be left wondering how they failed to get the three points in a match where they had 80% possession and had 23 shots.

But Rafael Benitez, back at Stamford Bridge after a spell as Chelsea manager in 2012-13, will have been delighted with the effort and desire from his Everton side, who were without 12 players because of injury or illness.

The Spaniard had to make five changes from the weekend, with Demarai Gray, Salomon Rondon and Fabian Delph ruled out because of illness, while Richarlison and Andros Townsend had joined a lengthy injury list, which already included Dominic Calvert-Lewin, Tom Davies and Yerry Mina.

That led to Benitez handing a first-team debut to 20-year-old striker Ellis Simms, with Branthwaite making only his second Everton appearance.

Before the match, Chelsea boss Thomas Tuchel confirmed that strikers Romelu Lukaku and Timo Werner, as well as winger Callum Hudson-Odoi, had tested positive for Covid-19, while another forward, Kai Havertz, was also not in the squad while awaiting a Covid test result.

Chelsea missed those strikers as they were regularly frustrated by Pickford, with Mount and James shooting just wide and the impressive Hakim Ziyech narrowly missed the target on three occasions.

It was a similar situation after the break with Mount, Ruben Loftus-Cheek, Cesar Azpilicueta and Antonio Rudiger all missing chances as the home fans became restless.

Baby died in Stevenage after 'gross failure' in medical care 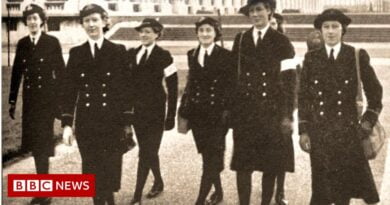 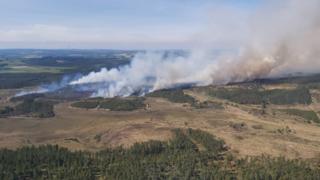