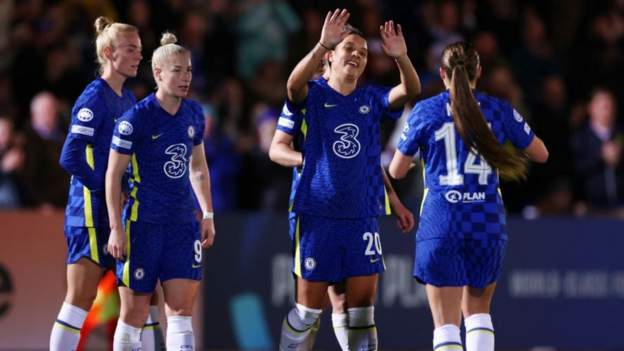 Chelsea boosted their hopes of reaching the Women’s Champions League knockout stage as group winners with victory over Servette at Kingsmeadow.

The hosts dominated throughout but it took 67 minutes for Sam Kerr’s smart finish to break the deadlock after a neat ball by Fran Kirby.

Amandine Soulard was sent off for the Swiss visitors eight minutes from time.

The Blues’ next outing in the group stages is against the Italian side, who beat Wolfsburg 2-0 earlier.

Blues boss Emma Hayes made six changes to the side that beat Manchester City in the Women’s Super League on Sunday and warned not to expect a similar thrashing as the one dished out in Switzerland last week.

Kirby forced goalkeeper Ines Pereira into an early save with her feet and Beth England flicked a low corner across the face of goal after the break as the hosts threatened.

But the Swiss champions were proving far more resilient and had a half chance of their own when left-back Monica Mendes saw her smart backheel saved by Chelsea goalkeeper Zecira Musovic.

Australian Kerr opened the scoring soon after, collecting Kirby’s pass, nut-megging a defender and firing into the bottom corner from just inside the penalty area.

Chelsea remained in control and Soulard’s dismissal for a second booking paved the way for further chances, with substitute Lauren James scooping one over the crossbar. 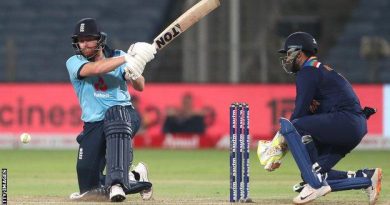