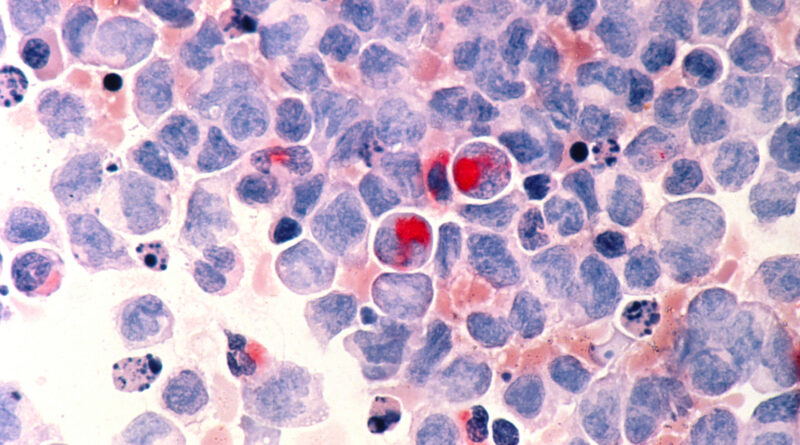 In the late 1980s, scientists developed a revolutionary approach to treating acute myeloid leukemia (AML), a type of blood cancer. Called differentiation therapy, it amounted to a bona fide cure for many patients. The treatment works by triggering cells “stuck” with a cancerous identity to keep developing and maturing, giving rise to different, non-disease causing types.

Unfortunately, this treatment only works for a small subset of patients who have a particular subtype of the disease, called promyeloctic AML (APL). “For a long time, it was seen as kind of a one-off,” says M. Andrés Blanco, an assistant professor at the University of Pennsylvania School of Veterinary Medicine.

Now, Blanco and colleagues have identified a new approach to triggering differentiation in AML—one with potential to treat a much wider array of AML patients.

Their study, published in the journal Cancer Discovery, identifies an enzyme that regulates the process by which AML cells differentiate. In both cell lines and an animal model, the researchers found that inhibiting this enzyme, particularly in combination with other anti-cancer therapies, prompted AML cells to lose aspects of their identity associated with aggressive growth. The cells also began to exit the cell cycle, on the path toward maturing into a new cell type.

“AML typically has a poor prognosis, with five year survival below 50%,” says Blanco, senior and a co-corresponding author on the study. “If an approach like this, in combination with other therapies, could make the cancer less aggressive, that is notable and could help a lot of patients.”

All cells derive from stem cells, following different pathways of differentiation to arrive at their eventual fate. Blanco’s lab is particularly interested in the epigenetic regulation of cell identity; in other words, how factors aside from an organism’s DNA sequence can influence how cells mature.

“I am just really taken by the idea that from an epigenetic standpoint, every cell in the genome has the same DNA, save for any rare mutations, but can take on completely different functions,” Blanco says. “It’s amazing how that can happen.”

Knowing of the success of differentiation therapy in patients with APL, Blanco and colleagues aimed to understand what molecular players are involved in the epigenetic regulation of cell differentiation in AML more generally. To select candidates, they ran a screen using the CRISPR-Cas9 system, which can direct pieces of RNA associated with particular proteins in the cell, cause them to be deleted, which then affects cell function in a way that can be assessed using various assays. In this case, they were looking for proteins that, when deleted, affected cellular differentiation.

One of the screened proteins that affected cell differentiation was KAT6A, an enzyme known as a histone acetyltransferase, which makes modifications to DNA that generally help activate gene expression epigenetically. Though KAT6A had not been studied in the context of AML previously, when the researchers looked in databases that cataloged gene expression data from cancer patients, they found AML patients had higher KAT6A levels than patients with any other type of cancer or those without cancer.

Learning more about its activity, the researchers eliminated KAT6A from a human AML cell line and found cells grew more slowly. When they manipulated cells to have lower levels of KAT6A, a marker of differentiation increased, signaling that the enzyme was somehow setting up an obstacle in the way of cellular differentiation.

To see how KAT6A might be acting in an animal, researchers blocked KAT6A in an AML cell line, which they then transferred to immunodeficient mice. They found that mice that received cells with KAT6A knocked out had a slower growing disease and lived longer than mice that received AML cells containing the protein.

Nailing down a mechanism

Now confident that KAT6A supported AML growth by blocking differentiation, Blanco and his team aimed to identify the steps it took, and the other molecules it interacted with, to accomplish that task. As a histone acetyltransferase, KAT6A can add one of three different modifications to histones, proteins around which DNA winds. When the researchers looked closely at genes associated with leukemia, they found that one of those three, H3K9ac, was often associated with the genes turning on or off. And when they searched a database that includes a vast amount of information about which genes are functionally linked and associated with proliferation and survival in cancer cells, they found a protein called ENL, which binds H3K9ac after its received an acetyl modification—the same modification that KAT6A catalyzes.

“There was definitely an ‘aha!’ moment when we searched this database,” says Blanco.

The finding helped the researchers understand that KAT6A is what’s known as a “writer.” It “writes” the modification of H3K9ac, and ENL is a “reader,” taking in that modification and acting upon it.

“KAT6A prepares the groundwork for ENL to do its thing,” Blanco says.

With this new understanding of AML differentiation regulation in hand, the research team hopes to continue experimenting with inhibiting KAT6A to see if they can create a new class of differentiation therapies—ones that can treat many more types of AML patients.

Point of no return

In a related vein of research, Blanco’s lab is pursuing a greater understanding of cellular differentiation more broadly—in healthy cells as well as cancerous ones. A recent Cell Reports paper, on which Blanco is first and co-corresponding author, examined the flip side of differentiation to the KAT6A blockade; that is, what regulates cell differentiation in normal cells, rather than cancerous ones.

Specifically, Blanco and colleagues wanted to understand how cells commit to the differentiation program. They examined when in a cell’s path toward differentiation a “point of no return” is reached, after which they can’t return to a more immature form. They reasoned that the mechanisms of this process would shed light on how healthy cells lock their identities into place.

The researchers manipulated myeloid cells—those that form different types of blood cells—by removing a protein engineered to pause differentiation and then adding it back at different timepoints. These cells typically take about five days to fully mature, but they found that after three days, the cells couldn’t be pushed back in their differentiation program; they had committed to their fate. Further work elucidated that this process is regulated epigenetically involving condensation of chromatin and reduced accessibility of DNA.

Blanco says such basic science findings about how differentiation works not only shed light on normal biology, but could eventually find application in regenerative medicine or cancer.

“A long-term goal of my lab is to try and get differentiation therapy to work in these other types of AML,” says Blanco. “I aim to do that by studying both the basic mechanisms of how normal myeloid cell differentiation programs work, and then taking what I learn from this and using it to help understand how this process breaks down in AML.” Taking the Cancer Discovery and Cell Reports papers together, he says, represent progress toward that goal—progress aided by his colleagues and lab members.

“Something amazing about being at Penn is how well they take care of their junior faculty,” Blanco says. “There are too many meetings and correspondence chains to cite that helped me get this project moving and helped it come to fruition.”

The point of no return: Chromatin enforces cell fate decisions

Provided by
University of Pennsylvania

Citation:
Changing the identity of cancer cells to eliminate them (2021, December 1)
retrieved 1 December 2021
from https://medicalxpress.com/news/2021-12-identity-cancer-cells.html 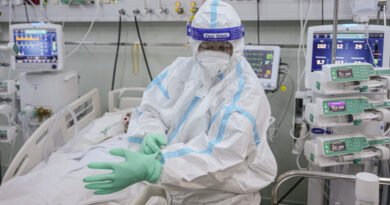 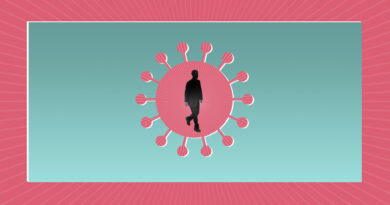 Why are so many vaccinated people getting COVID-19 lately?