Manager Neil Lennon says wage cuts are a possibility at Celtic amid the shutdown caused by the coronavirus pandemic.

Hearts were the first Scottish Premiership side to ask staff to take a salary reduction of 50%.

Asked if Celtic could follow suit, Lennon said: “Yes. We’ll probably have a look at things at the end of April in terms of the club as a whole.

“[Chief executive] Peter [Lawwell] and the board will review it then.”

With eight games left to play, Celtic are 13 points clear at the top of the league as they pursue a ninth straight title.

The defending champions are in a strong financial position having posted a profit of £24m for the final six months of last year, which they ended with nearly £33m in the bank.

But Lennon says while the club are “financially robust”, they too are “feeling the hit” of the shutdown.

“At the minute we’re okay but for Scottish clubs, this is the time of year we’d be putting out season tickets,” the Northern Irishman told BBC Radio 5 Live’s Monday Night Club.

“Obviously the general public are reluctant to part with their money because they don’t know what they’re paying for yet.

“We still haven’t finished the season. We don’t know whether that’s going to happen or not. We need to get a decision sooner rather than later on that. There has to be a backstop date at some stage so we can plan ahead.”

Many of Celtic’s foreign contingent – including Tom Rogic, Olivier Ntcham, Jozo Simnovic and Kristoffer Ajer – have returned to their native countries.

Lennon said the remainder of the squad are still coming to Lennoxtown to train out on the grass, but only in groups of two at a time at the facility with no coaches.

Celtic are still trying to plan recruitment for next season, and Lennon added that they are looking to extend star striker Odsonne Edouard’s contract by an extra year, with the 22-year-old Frenchman’s current deal due to expire at the end of June 2022.

“The landscape’s changed from where we were a month ago,” the Celtic boss said.

“It’s uncertain. So Ideally you’d like to keep your prized assets for at least another year anyway.

“No question there’s going to be interest in him, but ideally you’d like to maybe tie him down to another year on top of what he has already and keep him here.” 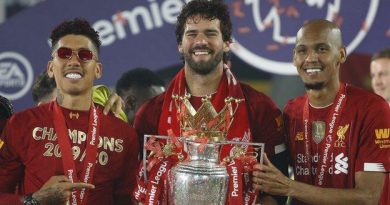 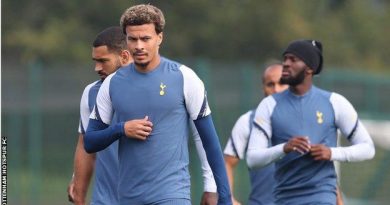