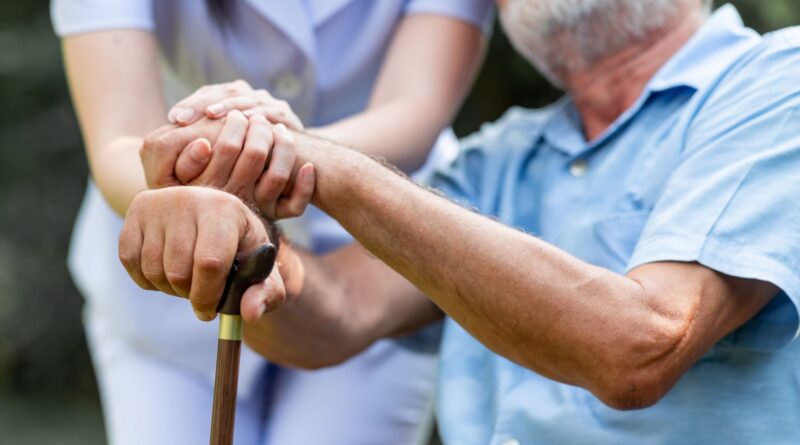 A controversial change to the government’s social care reforms in England has been backed by MPs, despite critics arguing the move will disproportionately affect the poorest recipients of care.

Having promised to “fix the crisis in social care” on the steps of Downing Street when he became prime minister, Boris Johnson in September announced a cap on care costs for adults in England from October 2023, promising a limit of £86,000 on how much an individual has to pay over their lifetime.

‘Will you have to sell your house for care?’

Last week, the government announced it was introducing an amendment to the reforms which will mean that only the amount a person personally contributes to their care costs will count towards the £86,000 cap.

Anything the individual’s local authority contributes will not be counted.

The change has sparked accusations it will be unfair on poorer people and those who live in areas where homes are worth less.

It means wealthy people who do not qualify for support will hit the cap threshold more quickly than poorer people who have part of their care funded by the council.

In essence, people who pay for all or part of their care will spend less than before if they end up needing prolonged care.

But the richest will see a greater share of their assets protected – and those who are less well-off could still be forced to use up their savings or sell their home to pay for their care.

Labour’s shadow minister for social care Liz Kendall said Conservative MP “broke the promise they were elected on that nobody would have to sell their home to pay for care” by backing the change.

What are the changes and why could they be unfair?

In September the government announced a new £86,000 cap on the amount anyone in England should have to pay for their care when they get older or unwell.

People with less than £20,000 in assets – value of their home, savings or investments – will not have to pay anything towards their care, which is up from £14,250.

Those with assets between £20,000 and £100,000 will also now be eligible for new means-tested financial support from their local councils to help with the cost of their care.

This is calculated by taking into account how much income you have – and whether you are nearer the £20,000 lower limit or £100,000 upper limit.

But changes announced last week reveal that those means-tested payments you receive from your local council do not count towards the £86,000 cap.

This has led to accusations it will be unfair on poorer people and those who live in areas where homes are worth less.

For example, if you have a home worth £90,000, under the new means-tested system, you will be eligible for local council payments to help with the ongoing cost of your care.

But those payments don’t count towards the £86,000 limit, at which point you no longer have to pay anything.

So the journey to that £86,000 will be slowed down by local council payments that don’t count towards the cap – forcing you to pay with your own money instead.

“Instead they voted to tax ordinary working people, while the wealthiest in our country are unaffected,” she said.

Economist Sir Andrew Dilnot, who proposed a cap on costs 10 years ago, said the change will mean that poorer recipients of care will be hit the hardest.

“It would mean those who are less well off will hit the cap after much longer than those who are better off and will end up having to spend, if they have a long care journey, as much of their own money as people who are much better off,” he told Sky News.

But the prime minister has defended the plans, saying they address a “long-standing social injustice” which has seen those who suffer from conditions like dementia facing “catastrophic” care costs.

“Under the existing system nobody gets any support if they have assets of £23,000 or more. Now you get support if you have £100,000 or less, so we are helping people,” Mr Johnson said.

“It is, in fact, more generous than some of the original proposals of Andrew Dilnot because it helps people not just who are in residential care but also people who benefit from domiciliary care as well.

“We are finally tackling a problem that has bedevilled this country for decades, been very, very unfair on people who have got dementia or Alzheimer’s and been forced to face catastrophic, ruinous costs for that care when somebody who has cancer or some other affliction does not.”

A means-tested system is in place at the moment for care, but those who are not eligible face potentially unlimited costs.

Some end up using their savings and selling their home to pay for their care.

Opening Monday’s debate, health minister Edward Argar claimed to MPs that “no one will lose” as a result of the proposals.

One Tory MP who said he would not be supporting the move ahead of the vote was former chief whip Mark Harper, who said it “potentially disadvantages the less well off and those of working age with life long conditions”.

The government argues the change will mean that people “do not reach the cap at an artificially faster rate than what they contribute”.

The 2019 Tory manifesto said any reforms to the system must “guarantee that no-one needing care has to sell their home to pay for it”.

But speaking to Sky News earlier on Monday, a minister failed to guarantee that people will not have to sell their homes to pay for care. 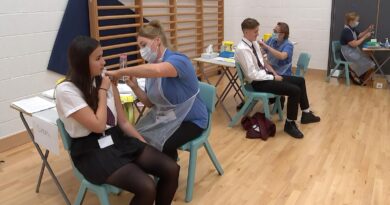 COVID-19: Labour calls for ‘urgent’ action over fears 12 to 15-year-olds may not get vaccine until February | UK News