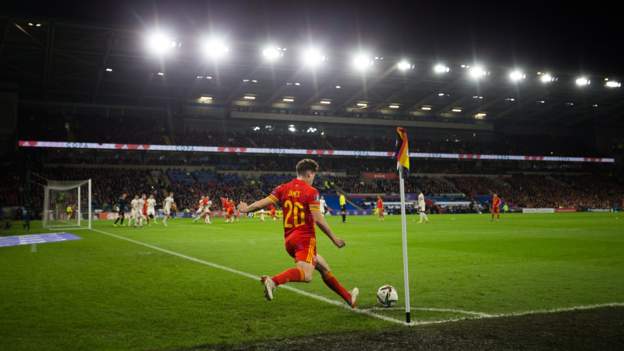 Wales are looking to qualify for a World Cup finals for the first time since 1958.

“We have no ambition whatsoever to go to the Principality [Stadium] to play the play-offs,” said Mooney.

Wales could potentially play the play-off final at home as well, depending on the draw, which will be made on Friday, 26 November.

Asked where the games would be played, Mooney replied: “Cardiff City [Stadium], absolutely, for the play-offs.”

Since 2011, Wales have mainly used the 33,000-seat Cardiff City Stadium for home fixtures.

However, the Principality Stadium, which has a capacity of 74,500, was used in October 2018 for a friendly against former world champions Spain.

“Anyone who was there at the Belgium game to see the ‘Red Wall’, the anthem for me was quite spectacular, the atmosphere throughout the game.

“I’m convinced the fans got us through in the end, along with the great efforts of our players, because just the energy from our fans was just amazing.”

Mooney, the former League of Ireland goalkeeper and Uefa’s head of national associations business development, was appointed to head the FAW in July.

Interviewed in September, he said returning Wales’ football matches to the Principality was “something we could well do”.

But speaking to BBC Politics Wales, he said they would only consider the switch “if Cardiff City wasn’t available, which if you’ve things like concerts, that happens”.

He added: “We’re in the top flight of the Nations League, you know, if you’re playing an England or someone like that and Cardiff City Stadium was not available, would you consider going there?

“Well, I don’t know where else we could play.”

Asked to clarify, whether the Cardiff City Stadium was the home of Welsh football if it was available, he replied: “Absolutely.”

Mooney added: “We’re happy playing at the Cardiff City Stadium, it’s a great venue for us, why would we want to leave it?

Mooney explained a lot of people will want to watch the World Cup play-offs but that the FAW “also have to balance against what our fans want”.

Wales’ semi-final opponents will be one of Turkey, Poland, North Macedonia, Ukraine, Austria and the Czech Republic, while the other seeded sides at home are Italy, Portugal, Scotland, Russia and Sweden.

In a wide-ranging interview with the BBC Politics Wales programme, Mooney also called for greater investment in grassroots football.

You can watch the interview in full on BBC Politics Wales on BBC One Wales at 10am on Sunday, 21 November or catch-up on iPlayer 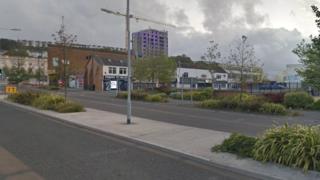