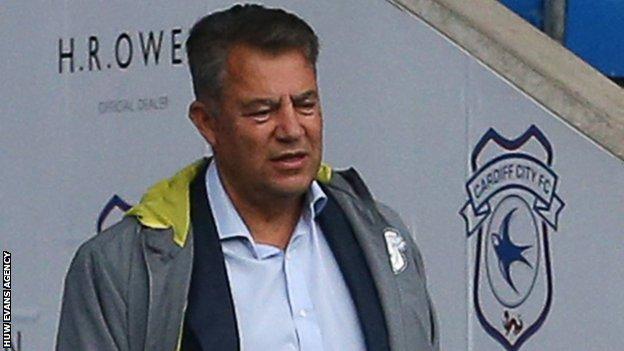 After Tuesday’s 2-0 defeat at strugglers Wycombe Wanderers, the Bluebirds are 15th in the Championship.

Harris later said his focus was on the new year, not his future as he responded to questions about his job.

Blake said: “They [Cardiff chiefs] have to look at it holistically.”

Harris succeeded Neil Warnock as Cardiff manager in November 2019 and guided them to the Championship play-off semi-finals.

This campaign, however, has not gone so well and Tuesday’s defeat at Wycombe was Cardiff’s fourth in five matches.

That has not been the only worrying sequence of results this season, which the Bluebirds started with a mere three wins from their opening 13 fixtures.

Harris admitted as recently as last month that he was fighting to keep his job, having held talks with Cardiff’s owner Vincent Tan.

But former Wales forward Blake admits he is “almost sick of his own voice” in urging the club to adopt a philosophy that players, fans and staff can support.

Speaking to BBC Radio Wales Sport, Blake said: “I keep saying without Vincent Tan’s billions [money] the club would have fallen into a bad situation a long time ago because it’s the money that always covers the mistakes.

“Are we any further forward than before Neil Warnock came in? Yes there was a trip to the Premier League. But I was there the day the club were promoted and Warnock was already saying ‘we’re coming down next year so don’t expect too much’.

“The club has got to have more ambition and a better understanding of the game of football.

“I could sit here and really dig at Neil Harris and say tactically this, energy levels that, or players not caring enough, but at the end of the day it’s a bigger problem than Neil Harris so I’m not going to tear strips off the manager because it’s not fair.”

Blake says chairman Mehmet Dalman declaring in October he would be “disappointed” if Cardiff were not in the top six by January ensured Harris would face unwelcome questions in the present circumstances.

“It sets the manager up that if you’re not in the top six you’ve got a problem straightaway because you know as soon as January hits, most of the press are going to ask the question about what Mehmet said,” Blake added.

“They’re going to repeat it and repeat it and Harris knows that and the players know that. Has it helped the situation? I would say not.

“Mehmet is within his rights to have an opinion, it’s just understanding you’ve unnecessarily, in my opinion, put the manager under more stress for no real reason because as he showed last season, you can have a great run and end up in the play-offs.

“What’s happening now is this creeping towards whether it’s over for him, is he going to lose his job this week, are the players playing for him?

“There’s a whole heap of negativity around Harris and the players continuously, which I don’t think helps the situation.

“He’s under pressure, gets a good set of results, then under pressure again, that’s how fickle fans and football can be. But as board and owner, you’ve got to understand the game better and understand what you’re trying to build.

“If you go with what the fans want every time, you’d sack a manager every three games. It can’t happen.

“Running the club they have to look at it holistically: this is what we want to do, this is the football our fans enjoy, these are the players we want to attract and that’s the type of manager we want to lead our men.” 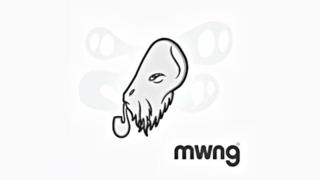 British Virgin Islands: Inquiry into claims of corruption and political interference – all with the public purse | World News