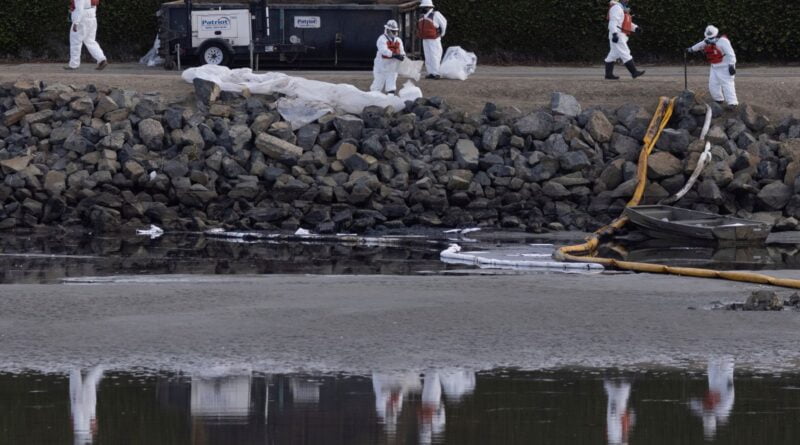 Even on a Monday morning, the beaches would usually be bustling in the place that calls itself “Surf City USA”.

But the sands in Huntington Beach in California are deserted. So too, the beaches that stretch for miles south.

The closures are part of a massive response to the spill of thousands of gallons of oil from a pipeline under the Pacific Ocean, a disaster that has raised questions once again about the rights and wrongs of offshore drilling.

The impact on wildlife is already being seen at the Wetlands And Wildlife Care Center. An oiled sanderling was among the first birds to be brought in for cleaning and treatment, the likelihood is that many more will follow.

Booms have been floated to try to prevent the oil from reaching ecologically sensitive marshland and the wildlife that calls it home.

At least the weather has been cooperating so far. Calm seas have limited the amount of oil coming ashore to just isolated patches of tar-like balls and dark specks in the sand.

That might not last and, even if it isn’t coming ashore, it has the potential to cause damage elsewhere.

People who were out on the water over the weekend reported seeing pods of dolphins swimming through the sheen of oil.

For the man leading the wildlife rescue operation, this is the cost of our reliance on oil.

Dr Michael Ziccardi, a veterinarian who is director of the Oiled Wildlife Care Network, said: “If there was no oil, there would be no potential impact to wildlife. But I think, based on our society right now, there is a reliance on oil.

“If we’re going to use oil, produce oil, extract oil, I think the best thing we can do is be as prepared as possible to respond to accidents such as this.”

Dead fish wash up after US oil spill

The California coast has seen oil spills before. One off the coast of Santa Barbara in 1969 led to major environmental changes.

But campaigners say we are not learning the lessons.

Dr Chad Nelson, chief executive of the environmental organisation the Surfrider Foundation, said: “This is a stark reminder that oil drilling equals spilling and killing because we’re seeing marine life and coastal economies impacted by this.

“We’ve seen this in countless other pipeline spills. Despite our best efforts, it is an inevitable conclusion of our relying on fossil fuels.”

It is a sobering moment for a state that likes to be seen as a leader in environmental change, and politicians who have pushed for California is to go even more green.

“We have to address the environmental impacts,” said Orange County supervisor Katrina Foley. “I don’t want my grandkids dealing with oil on their feet like I did when I used to go to the beach as a kid.” 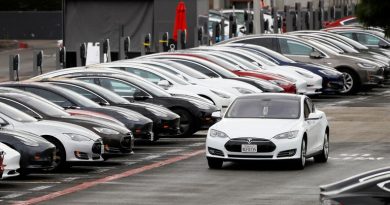 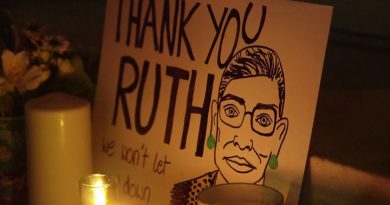