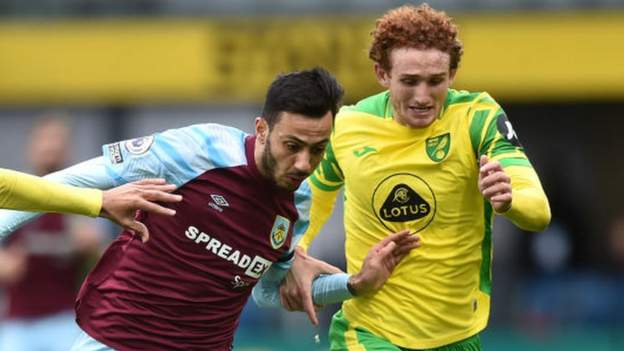 Burnley and Norwich’s wait for a first Premier League win of the season goes on after the two sides played out a goalless draw at Turf Moor.

The 43 previous meetings between these two sides had never ended goalless and this one should not have done either after both sides had good opportunities to snatch a goal in a lively encounter.

Dwight McNeil had a golden chance to score for Burnley midway through the second half when he was picked out unmarked at the far post but could only cushion his shot over, while Matt Lowton headed just over late on.

Norwich, without a goal in all four of their away games so far this season, had two good chances in the second half when Mathias Normann’s free-kick from just outside the box was pushed away by a diving Nick Pope, before Normann grazed the top of the crossbar with a strong strike after clever footwork to get into the box.

A feisty first half featured five yellow cards shown by referee Kevin Friend, who also waved away a number of Burnley appeals for penalties.

For Norwich, the point has at least got them off the mark this season after losing all six of their previous games but they remain bottom of the table.

Burnley, meanwhile, are two places and two points above the Canaries.

A result that ultimately suits neither side

After difficult starts to the season this was the game both teams will have looked at as the chance to pick up a first win of the campaign.

Norwich have once again found life difficult on their return to the Premier League. A tough start had seen them lose to Liverpool and Manchester City but of more concern were recent losses to Watford and Everton in which they conceded five goals and scored just one.

While the struggles to score were evident again against Burnley, they did at least look more solid in defence as they picked up a first clean sheet of the season.

This was Sean Dyche’s 400th game in charge of Burnley but will not be one that will live long in his memory as his side were unable to mark the occasion with a win.

The Clarets have largely played well this season with their problem being holding on to leads once they get their noses in front but on this occasion their finishing largely deserted them as they failed to make the most of several promising positions they got themselves in.

Ultimately, there were positives that both sides can take from the game but with seven games of the season gone they will be desperate to pick up that elusive victory as soon as possible. 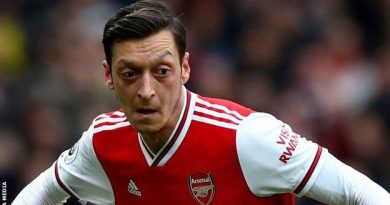