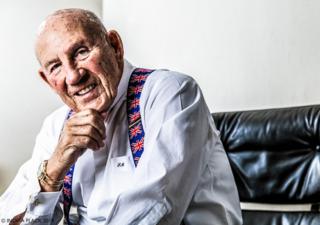 When Indira Flack started photographing British racing drivers, she wasn’t sure who – if anyone – would get to see the pictures. Yet now 100 of them can be seen at The Silverstone Experience, which celebrates the past, present and future of British motorsport, and was recently officially opened by the Duke of Sussex and five-time F1 world champion, Lewis Hamilton.

From the outset, Indira Flack realised that she needed to get some big names under her belt.

“I just thought I need to show people what I am doing,” she says. “The drivers didn’t know me of course, so I needed to show I was a proper photographer, and not a random stalker.”

That, of course, meant a meeting with Sir Stirling Moss, arguably Britain’s greatest racing driver. With 212 wins from 529 starts across both Formula 1 and sports cars, and often described as the greatest driver never to have won the World Championship, Sir Stirling was sure to add weight to the project.

Flack photographed him in his home, and remembers lots of laughter and amazing stories of his time behind the wheel. It was Moss who chose to wear the union jack braces, which perfectly fitted in with the project.

John Surtees, the only person to have won the world championships on both two and four wheels was next, and then it was on to three-time world champion Sir Jackie Stewart.

Flack went to meet Sir Jackie at his home, and arranged to photograph him in his garage.

While setting up the lights, she was careful to avoid touching any of the priceless cars in the garage, including Stewart’s race-winning cars, alongside others such as Mark Webber’s Red Bull F1 car, in which he won the British Grand Prix.

When Sir Jackie came in, Flack presented him with some home-made jam, having seen him on television declare his liking for it. Stewart proceeded to hang the bag of jam on the wing of the Red Bull – her coat followed, making it “the most expensive coat hook in the world”.

Now Flack was up and running, with a long list of drivers she wanted to photograph, from those just starting out in their motorsport career, to those currently competing at the front of the grid.

In the latter group is Jamie Chadwick, who has a long list of victories behind her. Last year she was the winner of the inaugural W Series Championship, and continues as Williams F1 Development driver. She was also the first woman to win an F3 race.

They met at Donnington Park, with this final image reflecting the freezing weather outside.

“Whoever I am photographing, my aim is to not make it into a big trauma,” says Flack.

“Most people don’t like having their picture taken, so I explain it is only the two of us. I need to get the picture – but otherwise we can have a good time while we are doing it.”

“We did some static shots in the morning, but once I saw what their relationship was like – and I felt the shots didn’t capture it – we shot some more, with Alice giving Ella a piggy back. It was exactly what I wanted,” says Flack.

Although that may have taken all day, others – like the one of Johnny Herbert, David Coulthard and Martin Brundle – were far quicker to execute. The planning, however, took months.

The three former drivers now cover F1 for a range of broadcasters.

“They were brilliant,” says Flack. “All three turned up bang on time with microphones. Five minutes later, they were gone.”

In 2015, Nicolas Hamilton became the first disabled driver to compete in the British Touring Car Championship – he returns this year for a full season.

Born with cerebral palsy, Flack describes him as “one inspiring person”. She remembers that, with a big grin on his face, he told her: “You don’t want to worry about my brother, you’ve got the most important one.”

It took Flack a while to meet up with Nathalie McGloin, the first British woman with spinal cord injuries to be granted a motor racing licence in the UK. She was paralysed from the chest down after a car crash as a 16-year-old, and is now the only female tetraplegic racing driver in the world.

“I wanted to do something with her hands,” says Flack. “We did have limited time, but this says what I wanted it to say.”

Some of the drivers came up with their own ideas for the pictures. Louise Cook, a big Star Wars fan, brought along her lightsaber.

In 2012, Cook was the first woman to win an FIA Rally Championship not specifically for women – the FIA Production Car Cup for Drivers of 2WD.

Chris Ingram, the first British driver in 52 years – along with co-driver Ross Whitlock – to win the FIA European Rally Championship, brought along his dog.

Scottish driver Dario Franchitti has a string of wins to his name, including the Indy Car Series four times and the Indianapolis 500 three times. He wasn’t easy to pin down.

Flack approached him at Goodwood early on in the project, and it took a few years before she managed to take this portrait.

“This is a small proportion of the drivers I would like to photograph,” says Flack. “There are loads more, especially women like Jade Edwards and Divina Galica, but now it is a time and money issue. Without sponsorship, I probably can’t continue.”

Great British Racing Drivers can be seen at The Silverstone Experience. 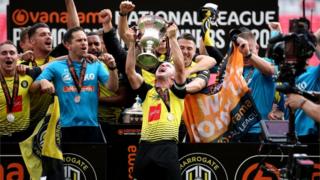 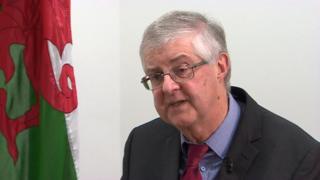