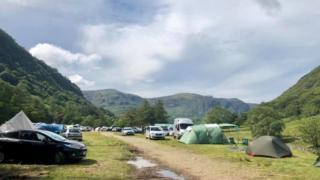 The owners of a scenic Lake District campsite are shutting it due to people flouting rules and leaving litter.

Kayley Kennedy at the Stonethwaite Campsite in Borrowdale said it had been inundated with “Covid campers” who treated it like a “mini festival”.

She said they were so fed up they were closing for “three or four weeks” from Thursday.

Elsewhere, two men were pictured sleeping on a car amid a weekend of complaints.

Ms Kennedy, who runs the site with her partner Nick Gill, said Stonethwaite had room for about 60 tents but because it was part of a farm and not manned full-time, many more had been crowding in, ignoring signs saying the site was full.

Some campers had arrived in groups that were too large, set up their tents too close to each other, ignored the 23:00 sound cut off and left mounds of rubbish including tents, gazebos, airbeds and chairs, she said.

“Because the equipment is quite cheap to buy they seem to treat it as disposable,” Ms Kennedy said.

“It has been disappointing. We have regulars, some of whom have been coming for more than 50 years, who treat the place with great respect.

“But this year we have had what one person called ‘Covid campers’ who are not just respecting the site or other campers.

“We did expect it to be busy but it’s just been like a bank holiday every weekend and, because there are no festivals this summer, somebody said it seemed like these people are having their own mini-festivals here.”

Meanwhile, a dog walker in Portinscale, near Keswick, took a picture of two men sleeping on top of a car in a layby.

She said there were also two people in the car.

“I think it just typifies what’s going on at the moment in that people are coming to the Lakes, presumably without accommodation arranged and are then finding themselves in situations where they haven’t anywhere to stay,” the woman said. 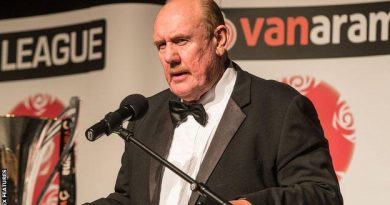 Brian Barwick: National League chairman to step down from role 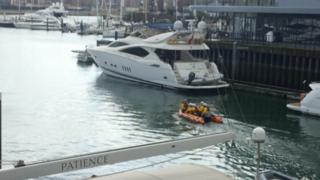