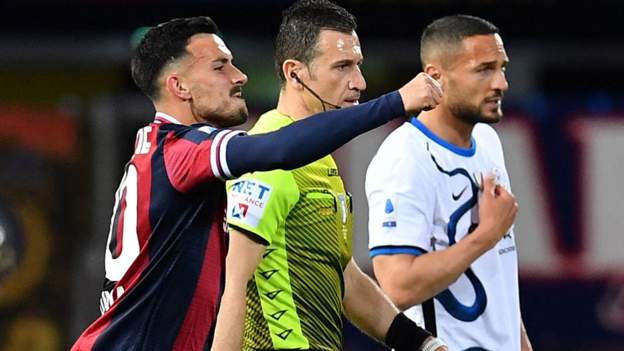 Inter Milan missed the chance to go top of Serie A as a goalkeeping howler gifted Bologna victory – and put AC Milan in control of the title race.

Milan are two points clear at the top with four games to go.

Ivan Perisic put defending champions Inter ahead from 20 yards before Marco Arnautovic headed in an equaliser.

Inter goalkeeper Ionut Radu, in for the injured Samir Handanovic, air-kicked Perisic’s throw-in and Nicola Sansone tapped the winner into an empty net.

The match was initially meant to be played in January but was called off amid farcical scenes. Bologna had to quarantine because of a Covid outbreak in the squad but Serie A rules meant Inter had to turn up at the Stadio Renato Dall’Ara and train as normal before a kick-off that never happened.

Inter failed in an appeal to get an automatic 3-0 win and were made to replay the fixture, a move that may cost them the title.

Stefano Pioli’s Milan now need three wins and a draw – because they have a head-to-head advantage over Inter – from their final four games to win their first title since 2011.

They do have a tougher run-in than Inter, however, with games against the teams who are currently between seventh and 10th. Inter’s opponents are all in the bottom half. 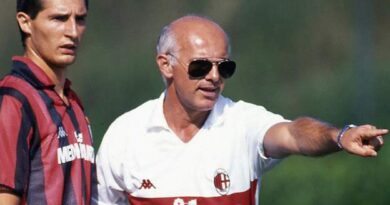 Barrow: The Bluebirds’ 48-year wait from being voted out to being voted back into the Football League