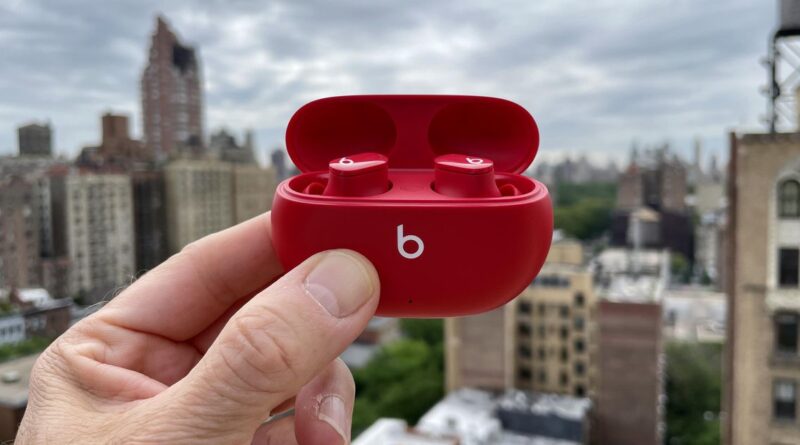 Pro tip: Black Friday no longer begins on Friday. We’re awash in big new deals from retailers like Amazon, Walmart, Target and Best Buy on everything from Beats and AirPods headphones to Apple Watch and board games — and we’ve even seen some PS5 and Xbox availabilities in the past few days, too. But for this slice of the Black Friday pie, we’ve decide to focus on products that are available for $100 or less.

Which Black Friday deals are available for $100 or less?

We’ve pulled together products from Beats, Apple, Google, Shark, Amazon and more, all of which are among our favorite Black Friday deals under $100. There’s something for everyone, whether you are looking for some new gadgets, headphones, home appliances or fitness trackers.

With the arrival of Beats new Fit Pro earbuds, I assumed we’d see some nice discounts on the earlier and less feature-rich Beats Studio Buds, which list for $150, or only $50 less than the new $200 Beats Fit Pro. I predicted we might see their price dip to $100 and sure enough, that’s what their price is (and a new low).

The Beats Studio Buds look a lot like the rumored stemless AirPods that people were talking about but never materialized — as AirPods anyway. Geared toward both iOS and Android users, they’re missing a few key features on the Apple side of things (there’s no H1 or W1 chip), but they’re small, lightweight earbuds that are comfortable to wear and offer good sound. They fit most ears securely, including mine — I run with them without a problem — but others may find a better fit with the Beats Fit Pro and their integrated wing tips.

They’re a Black Friday deal of the day at Best Buy, Amazon and Walmart, but Amazon is one-upping its competitors by also offering a $10 Amazon gift card at check out with the code BYZPPJADUODB at checkout. The deal is set to expire at the end of the day.

Yes, you can get cheaper smart speakers — much cheaper in fact — but for folks who are all-in on the Apple ecosystem, the HomePod Mini is a great option. Usually $99, the Siri-powered speaker is currently on sale for $89. Pro tip: Get two so you can take advantage of the stereo pairing.

AfterShokz bone-conduction wireless headphones aren’t what many people picture when they think of an earphone because they don’t go on your ears — these headphones deliver sound to your ear through your cheekbones. The big benefit of this technology as running earphones is that, thanks to its open design, you can hear ambient noise and what’s going on around you while listening to music or having a phone conversation through the wireless headphones. That openness allows runners to hear traffic sound, as being able to hear external noise and ambient sound is an important safety feature in any workout headphones. Also, some race coordinators don’t allow runners to wear anything in their ears, which is where over-ear headphones like this come in handy, particularly if you need to listen to music while you run.

AfterShokz’s flasghip Aeropex ($160), which the company describes as its “lightest, highest-quality headphones yet,” were released in 2019. They still don’t sound as good as traditional headphones, but they sound better than previous models and also are decent for making voice calls. On sale for a limited time, this is their lowest price to date.

If you don’t already have an Instant Pot, now’s the best time to get one for yourself. This model has nine functions, including modes for pressure cook, slow cook, air fry, roast, steam, bake, broil and more. It comes with the attachment needed to use it as an air fryer, making it an extremely versatile kitchen appliance that doesn’t take up a whole lot of space.

Whether you wanted to learn more about your family’s past or were interested in why you have certain physical traits, 23andMe is one of the top services to help you out. Right now, Amazon has three different kits on sale with prices starting at just $69. These make great gifts for yourself or others, though before you give it to someone else, you may want to get a sense of their comfort level for doing something of this nature.

The Beats Solo3 wireless on-ear Bluetooth headphones feature much of the same technology that Apple uses in its AirPods lineup but at a more affordable price. Using the W1 chip, these will pair instantly to your Apple devices, announce incoming calls as well as messages, and they offer up to 40 hours of playback per charge.

While AirPods may be the biggest name in true wireless headphones, that doesn’t mean they’re the only player in the game. These Soundcore by Anker Liberty 2 headphones have many of the same features, but a much lower price tag. You get up to 32 hours of playtime from the buds and case, Bluetooth 5.0 and more.

Messes are inevitable, but that doesn’t mean that cleaning them up has to be a pain for you. The Shark MopVac is designed to clean all your hard floor surfaces with ease. Whether you spill a cup of water or some crumbs from dinner end up all over the floor, just grab this and clean it all in seconds. The cordless vacuum has a strong suction and just pressing a button helps you clean up sticky messes.

The pads are disposable so if you have a tough mess, just throw the pad away and replace it with a new one instead of worrying about having another thing to clean.

Smart thermostats are incredibly useful and can actually help save you money on your heating and cooling bill. Earlier this year, Google announced some stylish new Nest Thermostats, and right now they’re 23% off. They come in silver, dark gray and rose gold, so you can pick the one you think will match your home the best.

Getting it set up doesn’t require too much experience, though if you aren’t comfortable with turning off the power and replacing your existing thermostat, you’ll want to contact a professional to install it. Once set up the first time, you can adjust the temperature from anywhere, set a schedule and more.

This deal is on the second-generation Echo Buds, which are Amazon’s own headphones that offer active noise cancelation and Alexa right in your ears. They’re in-ear buds that come in both black and white, and offer up to five hours of playback per charge. The included charging case gives you another 15 hours of enjoyment so you don’t have to worry about power while out and about.

Amazon made a bunch of improvements with these over the first-gen model, so they’re worth checking out.

A great way to maximize the power of Amazon’s new Fire TV Stick 4K Max is by adding its Luna Gaming Controller. With this bundle, you can stream games right to your TV without needing anything else, and the best part is just how portable everything is, so you can take it with you on vacation or during holiday travels.

Eero has made quite a name for itself in the mesh Wi-Fi space. Whether you want to finally try one out or want to add to your current system, the company’s new Wi-Fi 6 router is the way to go, especially at this discounted price. It can cover up to 1,500 square feet on its own with speeds of up to 900Mbps. Setup takes only a few minutes.

If you’re looking for a great fitness tracker that doesn’t break the bank, look no further than the Fitbit Inspire 2. It offers nearly all the same health-related features as the rest of the Fitbit lineup, minus some things like ECG, but at a fraction of the price. There are a few different colors available.

Subscribe to our daily spotlight on the best tech deals on the web — from phones to earbuds and more. 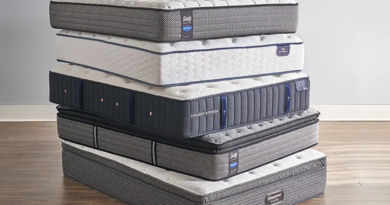