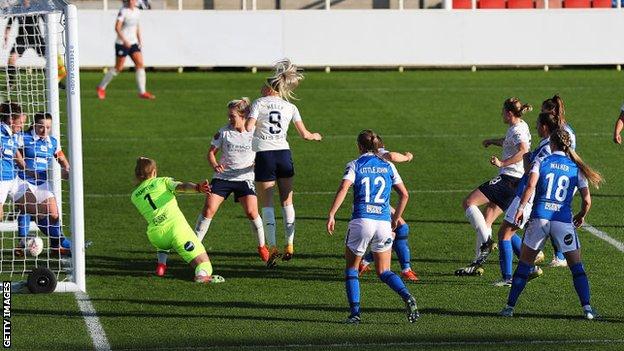 
Manchester City moved within two points of the Women’s Super League summit with a dominant win at Birmingham.

Chloe Kelly crossed for Sam Mewis to head in the opener to break the home resistance shortly before half-time.

Two quick goals put the game beyond doubt as Mewis netted at the second attempt from Alex Greenwood’s corner and Lauren Hemp floated in a third.

An eighth straight WSL win in an 11-match unbeaten run brought City to within two points of leaders Chelsea and took them four clear of cross-city rivals Manchester United.

Gareth Taylor’s side dominated throughout, but were made to work hard to create chances in the first half against defensive-minded hosts.

White saw her downward header turned round the post by Birmingham goalkeeper Hannah Hampton and then sent a snap-shot over the bar before United States international midfielder Mewis marked her return from injury with the breakthrough goal thanks to Kelly’s ninth assist of the season.

City, who have racked up 42 goals in their past 10 league matches, threatened to run riot as Mewis doubled the lead and Hemp added a fortunate third just 90 seconds later.

Weir made it six goals in as many matches as the visitors played out the game and turned their thoughts to the first leg of their Women’s Champions League last-16 tie with Fiorentina on Wednesday, while Birmingham stayed ninth as their winless run stretched to five. 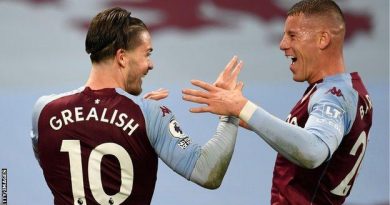