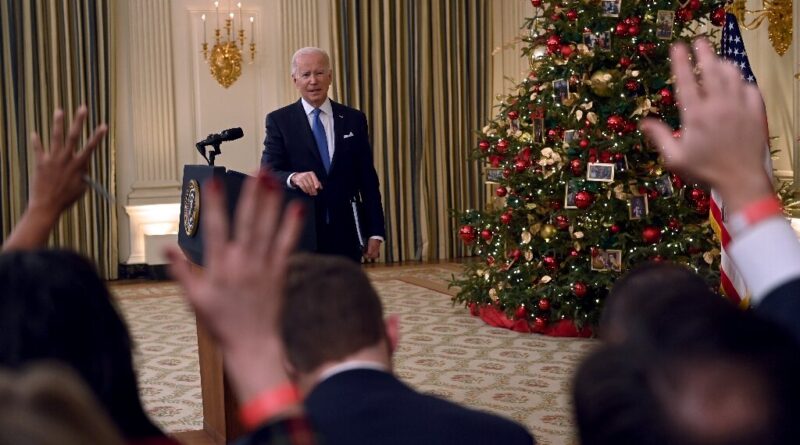 President Joe Biden on Tuesday told Americans worried about the rapidly spreading Omicron coronavirus variant that the country was “prepared” to fight it, as Israel—which pioneered the use of COVID vaccine boosters—announced fourth shots for those over 60 and health workers.

Omicron, now present in dozens of countries, appears to be more infectious than earlier coronavirus strains, despite early indications that it does not cause a more severe form of COVID-19 than the Delta variant.

Its lightning dash around the globe has led some governments to reimpose restrictions ahead of the holidays, dampening hopes the worst of the pandemic is over, or to re-evaluate their plans to halt the spread.

In Washington, Biden announced a raft of new measures as the United States battles the latest surge in COVID-19 cases, including shipping half a billion free home tests—starting in January—in the wake of a serious Christmastime testing crunch.

“We should all be concerned about Omicron but not panicked,” Biden said from the White House, reassuring the public that the variant would not set the country back to March 2020.

Biden said his administration would deploy military personnel to hospitals, ship supplies to hard-hit states and get new free testing sites up and running.

The United States will also give $580 million in additional aid to international organizations to fight COVID in the face of surging Omicron cases, Secretary of State Antony Blinken said.

Omicron accounted for 73.2 percent of new US cases over the past week ending Saturday, according to the latest official data.

Denmark said Tuesday it had also become the dominant strain there.

In Israel, Prime Minister Naftali Bennett said citizens over the age of 60 and medical teams would be eligible for a fourth COVID vaccine shot, following the recommendation of an expert panel.

Israel was the first country to make third doses widely available, a decision that was deemed unnecessary by some experts at the time but later vindicated.

“The world will follow in our footsteps,” tweeted Bennett.

Amid fears that vaccines might not be as effective against the highly mutated variant, the European Medicines Agency (EMA) said it was too soon to say if drug companies needed to develop an Omicron-specific jab.

Biden stressed the US immunization campaign would help prevent severe cases among the 62 percent of the population now fully vaccinated—while scolding the unvaccinated for failing to uphold their “patriotic duty.”

“Just the other day, former president Trump announced he had gotten his booster shot,” said Biden, calling the gesture “maybe one of the few things he and I agree on.”

Lawmakers banned citizens and residents from travel to the United States, adding it to a list of more than 50 countries declared off-limits.

It follows a plea from WHO chief Tedros Adhanom Ghebreyesus for nations to redouble efforts to help end the pandemic, calling for New Year events to be canceled because it was better to “celebrate later than to celebrate now and grieve later.”

And Kluge, the WHO regional director for Europe, sounded a somber note of caution.

“Within weeks, Omicron will dominate in more countries of the region, pushing already stretched health systems further to the brink. Omicron is likely to become the dominant variant circulating in our region,” Kluge said.

Paris has already scrapped its New Year celebrations, and Germany slapped a limit of 10 people on private parties, closed nightclubs and banned spectators from major events including soccer matches.

“This is not the time for parties and cozy evenings with lots of people,” Chancellor Olaf Scholz said Tuesday.

Bars in Finland will be forced to close at 9:00 pm on Christmas Eve as part of new restrictions designed to fight record COVID infection levels, Prime Minister Sanna Marin said.

Spain’s Catalonia region is considering a clampdown as well, while Morocco has announced a blanket ban on New Year’s Eve celebrations. The Netherlands has already imposed a Christmas lockdown.

But in the sporting world, while some leagues have been forced to postpone matches due to COVID outbreaks, others moved full steam ahead.

African football chief Patrice Motsepe confirmed Tuesday that the Africa Cup of Nations will go ahead as planned in Cameroon next month, and the NBA says it has no plans to pause its season.

The WHO approved another coronavirus vaccine on Tuesday, from US firm Novavax.

The shot was authorized by the EU on Monday, the fifth in the bloc after vaccines from Pfizer-BioNTech, Moderna, AstraZeneca and Johnson & Johnson.

‘Another storm coming’: WHO warns of omicron surge in Europe 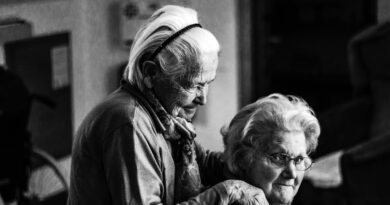 Improving mobility and quality of life for older adults