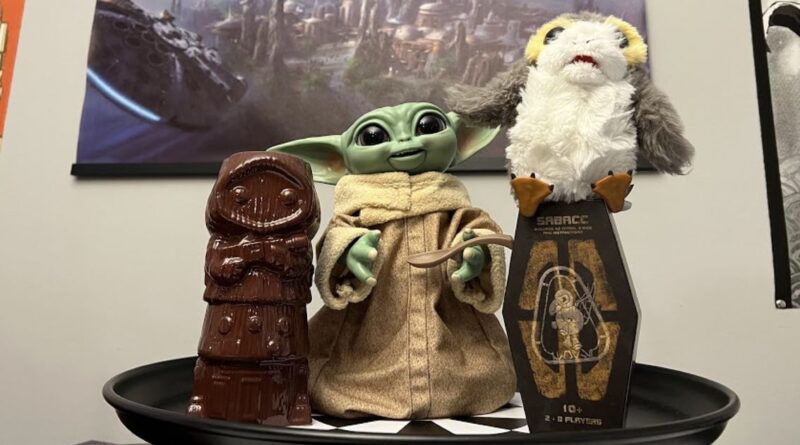 Star Wars fans are having a great time right now, between the recent release of the amazing Visions anime on Disney Plus, The Book of Boba Fett coming out in December and the recent opening of pricey-but-undeniably-cool Galactic Starcruiser hotel in Orlando, Florida. It’s a great time to be a fan of this universe, and as that popularity rises that means there’s no shortage of things you can give to the Star Wars fan(s) in your life.

If you’re looking for cool Star Wars gifts and collectibles for Clone Wars-obsessed kids or the Original Trilogy purist in your life, there’s something for every price range — from classic Star Wars characters and fancy replica lightsaber chopsticks to fun board games, snuggly plushies and novels. Here is a perfect gift idea and you don’t even have to travel to the Galactic Empire’s Outer Rim and battle a Stormtrooper army to find them. Here are the best Star Wars gifts for yourself and your loved ones.

Read more: How to watch every Star Wars movie and TV show online in chronological order

Knights of the Old Republic is getting a remake on PS5 and PC, but it’ll be a few years before that’s out. If you want to see what all the fuss is about, the 2003 original has been remastered for Nintendo Switch. The gameplay involves the Jedi master leading a group of freedom fighters across the galaxy and training them.

The remaster was handled by Aspyr, the developer behind the remake. It’s previously brought Star Wars classics like Jedi Outcast, Jedi Academy, Episode 1 Racer and Republic Commando to Switch and other modern consoles.

The only thing better than having a Grogu figure in your house is having one that can move and talk and play. The Galactic Snackin’ Grogu comes with a bunch of toys it can interact with, including an alien macaron and a bowl of soup to slurp on. And if it’s not interested in playing with its own toys, it will reach up and ask to be carried. These Star Wars toys are a cute addition to any collection and a great way to surprise guests.

The same team responsible for the Star Wars: Galaxy’s Edge Cookbook is back with holiday treats you can make at home. Using the guise of the Wookiee holiday celebration called Life Day, all the recipes in this book will feel right at home on an autumnal table here on Earth. The recipes are not challenging, but they are a lot of fun and incredibly delicious. You’ll also find vegetarian, vegan and gluten-free recipes as well as tips for how to adjust other recipes to suit these dietary needs. It’s a great gift for any Star Wars fan who loves being in the kitchen.

If you want a reminder of Hoth’s dangers on your living room floor, a wampa rug might do the trick. No actual wampas were harmed to make it, because they don’t exist.

We know R2-D2 has spent most of its existence taking care of Anakin and Luke, but who takes care of R2? It turns out, you will be if you’re holding this new Tamagotchi. Keep it on your keychain and help everyone’s favorite Droid out with whatever it needs — and enjoy the happy beeps in response.

Just to be clear, not all Lego Star Wars sets cost north of $100. You can get plenty of more affordable Star Wars toy sets, like the Clone Wars-inspired Duel on Mandalore for $20. These include Star Wars Lego minifigures — Ahsoka Tano with two lightsabers and Darth Maul with a double-bladed lightsaber — for action-packed duels.

On the opposite end of the price scale, Sideshow’s 16.5-inch (42 centimeter) figure is an incredible recreation of The Child if you’re looking for the ultimate Mandalorian collectible. At $375, it’s only for those looking to splash out for the Star Wars fan in their life.

Star Wars characters have been immortalized as posable action figures since 1977, and Hasbro’s Black Series 6-inch line has never been better. Some of the coolest Star Wars gift options include the $21 Elite Squad Trooper from The Bad Batch and the $22 Dark Rey from The Rise of Skywalker.

The Imperial murder bot that almost ended Mando’s journey in the season 2 finale is getting the Hot Toys treatment. These sixth-scale figures are always magnificently sculpted masterpieces, even if they are pricey. The $260 Dark Trooper won’t ship until mid-2022, but it’s available to preorder now.

If you’re looking for something sooner, the $315 Mandalorian and the Child (aka Grogu) deluxe set is due to ship in the coming weeks.

There are some amazing new books in the Star Wars universe, all published over the last two years. As the name suggests, this series takes place way before the Empire or the Skywalker family and shows what the galaxy was like when Jedi were many. This series of books tells a lot of stories all at once, and can be enjoyed at any age. There are audioplays exclusive to Audible, graphic novels for every audience and a collection of great novels to choose from. If you have a Star Wars fan in your life, any book from this series would be a real treat.

There are a lot of different ways to get a lightsaber that feels real and is fun to swing around, but one of the best starter blades by a mile is made by the team at Ultrasabers. You can build something as inexpensive as $60 and as expensive as $300 before you add anything on, including a lot of personalization over sounds coming from the hilt and color of the blade.

If you want to have a genuinely fun lightsaber without breaking the bank or living near Savi’s Workshop on Batuu, you want something from Ultrasabers.

Remember that card game Han and Lando are playing in Solo: A Star Wars Story? It’s called Sabaac, and it’s a game you can buy and play at home. The card game is simple, fun, and hugely popular among Star Wars fans. In fact, if you ever go to Star Wars: Galaxy’s Edge inside Disney’s theme parks you’re likely to see a few people sitting and playing at any point in the day. If you aren’t sure what to get the Star Wars fan in your life, start here.

If you’re looking for a tabletop trip into the Star Wars galaxy for one to five players, this game lets you play as a hero of the Rebel Alliance or command squads of Imperial troops and AT-STs in the campaign game and the skirmish game. This game puts you in the midst of the Galactic Civil War after the destruction of the Death Star. This cool Star Wars gift even comes with little sculpted figures from both sides.

A game takes an hour or two, making it a fun way to spend an evening.

Facebook Oversight Board plans to take time over rulings

Apple’s made a compelling argument for Apple Silicon