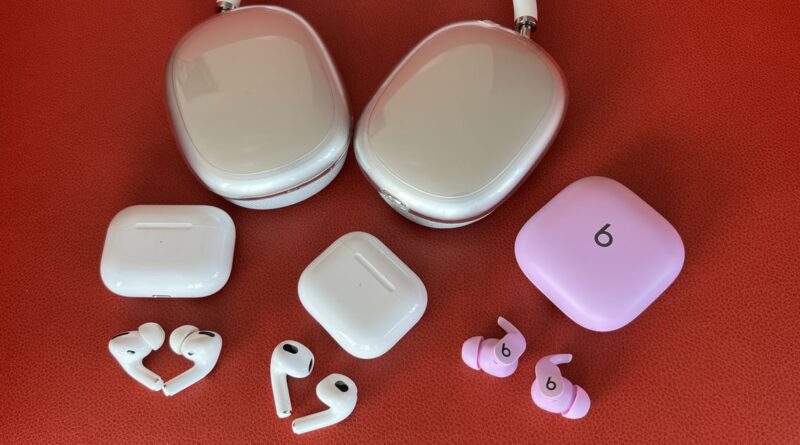 Apple now has three sets of true wireless headphones competing in the $180 to $200 range, plus an older entry-level AirPods model that will be selling for as low as $89 this holiday season. Except for those baseline AirPods — often referred to as AirPods 2nd Generation or AirPods 2 — all of the other models listed below are compatible with Apple’s new spatial audio features, but none of them will deliver the maximum quality of Apple’s lossless audio format, which is too rich for the current Bluetooth wireless standard to handle.

We update this story frequently to reflect current pricing.

Although they were released in 2019, Apple’s AirPods Pro remain top true-wireless earbuds, thanks to their comfortable fit, decent sound, good noise-canceling and compelling feature set, which includes Apple’s spatial audio virtual surround feature. Their transparency mode (it allows you to hear the world around you in a natural way) is also the gold standard and they’re excellent for making calls.

With the AirPods 3rd Generation getting MagSafe compatibility, Apple updated the AirPods Pro to include MagSafe, so just be careful to get the latest version of the AirPods Pro (the updated version sells for the same price as the “older” model).

While the AirPods Pro’s list price is still $250, the new model — with the MagSafe case — is generally available for around $190 at Amazon and occasionally dips lower.

The newest Beats headphones aren’t AirPods, but — except for lacking a case with wireless charging and MagSafe compatibility — they pretty much pack most of the features found on the AirPods Pro in a sportier design, and are available in multiple color options. You should definitely check these out before buying the AirPods 3 or AirPods Pro at nearly the same price. Read our Beats Fit Pro review.

The newest 2021 AirPods deliver better sound quality than their predecessors while maintaining an open design. Slightly larger and shaped more like the AirPods, they should be a better fit for more people’s ears, but at the same time, they may not fit those with very small ears who got a perfect fit with the AirPods 2nd Generation.

Because they’re brand new, we haven’t seen any serious discounts yet. Read our AirPods 3 review.

Apple’s first full-size headphones are chock-full of high-end features like noise cancellation, spatial audio and easy integration with Apple devices. Yes, paying about the same as you would for a PS5 may sound crazy, but here’s the crazier thing: They’re actually kinda worth it, so long as you don’t feel burned by their lack of support for full lossless audio and lack of an included cable for wired listening (it must be purchased separately).

As of early November, prices have dipped to as low as $430 on certain colors. Otherwise, they’ve been hovering around $480.

Apple’s AirPods 2nd Generation remain in the line but no longer includes a wireless-charging option going forward. Apple has dropped the official price of the AirPods 2 to $129, though you’ll find them for less. They usually hover around $115, but recently hit $89 at Walmart and will hopefully settle in around $100.

They’re not as feature-packed as the other AirPods on this list, but they remain an appealing option for folks on a tighter budget or those who’ve worn out their original pair but love their fit and simply want to replace them.

What are the newest AirPods?

Technically, the newest AirPods are the 2021 third-generation AirPods, which arrived in stores on Oct. 26, 2021. They feature an updated design, improved sound and better battery life. That said, the Beats Fit Pro, which share most of the same features as the AirPods Pro, arrived on Nov. 5, 2021. While they’re not AirPods by name, we and others have referred to them as “the sports AirPods you always wanted.”

Are the new Beats Fit Pro better than the AirPods Pro?

Yes, in some ways the new Beats are better than the AirPods Pro for around the same price. We think they have slightly better sound and their battery life is better — up to 6 hours with noise canceling on compared to up to 4.5 hours for the AirPods Pro. The Beats Fit Pro’s noise canceling appeared to be on par with the AirPods Pro’s and so did their transparency mode. The integrated wingtips also lock the buds in your ears for sporting activities and everyday use. While the Fit Pro should fit most ears comfortably, some people don’t like the wingtip design.

The Fit Pro are missing wireless charging and the MagSafe compatibility found in the updated version of the AirPods Pro, which was released at the same time as the AirPods third-generation.

Should I buy AirPods in the Apple Store?

If you can help it, no: The various AirPods models typically sell for less online at other retailers like Amazon and Walmart. Amazon, meanwhile, typically matches the lowest price at other retailers. Generally, we’d only buy AirPods at the Apple Store if we want engraving, which isn’t available elsewhere. That said, if you opt to go into an Apple Store for whatever reason, you should ask about price matching. While Apple doesn’t seem to have any official policy, it’s been reported that it will offer up to 10% price matching. As an example, that would be $25 off the AirPods Pro, which list for $250. That’s not much, but it’s worth asking to see if you can get 10% off.

The short answer is, not really when you’re talking about spatial audio with head tracking for movie and TV watching. While the AirPods Max offer the best sound overall, using the spatial audio virtual sound feature is largely the same experience on all the AirPods that support it.

Stay up-to-date on the latest news, reviews and advice on iPhones, iPads, Macs, services and software. 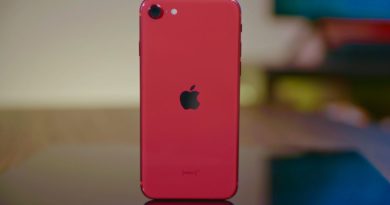 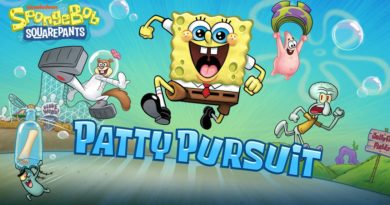 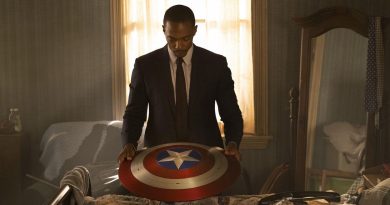 Marvel: Falcon and Winter Soldier is Disney Plus’ most watched series premiere