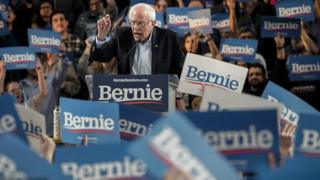 Bernie Sanders is the national frontrunner for the Democratic presidential nomination. The Vermont senator has promised a political revolution, but what does that mean? What does he actually stand for?

2. Climate change is real – Sanders proposes a $16.3tn (£12.5tn) “Green New Deal” that he says would create 20 million jobs and pay for itself over 15 years, including through $3tn of taxes on oil companies. He has generated controversy by supporting the idea of population control through widening access to abortion and contraception for women in poor countries and last year tweeted: “Fossil fuel executives should be criminally prosecuted for the destruction they have knowingly caused.”

3. College should be free – “Education must be an economic right for all, not a privilege for the few,” Sanders wrote in an opinion piece last year. His $2.2tn plan to make college free is, like much of his policy platform, the most far-reaching in the Democratic field. It would include paying off all student loans for some 45 million Americans, regardless of their income or assets, leading some critics to portray it as an unlikely socialist giveaway to the rich.

4. Background checks on gun ownership – “The world has changed, and my views have changed,” Sanders said at this year’s New Hampshire presidential debate. Gun control used to be a rare sore point on his left flank. Now the senator from firearms-friendly Vermont wholly endorses such measures as expanded background checks for gun transactions, something he voted against in Congress back in 1993.

5. Black lives matter – Sanders was shouted down by members of the Black Lives Matter group in Seattle in 2015 during his last presidential run. He was accused of viewing the problems facing African-Americans through the prism of class, rather than race. This time around he’s been endorsed by one of Black Lives Matter’s founders. Sanders once dismissed out of hand the idea of reparations for the descendants of African-American slaves, but last year backed the idea of a commission to study the issue.

6. No to Super PAC money – Sanders prides himself on his grassroots-funded campaign. But while he denounces billionaire-funded Super Pacs (political action committees) and secret campaign contributions, he does have a non-profit political organisation, Our Revolution, that operates similarly to a Super Pac. The Sanders group, however, won’t have to disclose its donors during this election year, prompting criticism over so-called dark money, reports AP.

7. Double the federal minimum wage – It should be $15 per hour, up from $7.25, Sanders argues, though some economists have warned such a dramatic increase could harm poorer cities and struggling businesses. After the Washington Post reported Sanders organisers were being paid less than $13 an hour, the campaign pledged to rectify the situation by adjusting their hours.

8. The two-party system is broken – For decades, Sanders has condemned the Washington duopoly, saying the Democrats and Republicans are too beholden to corporate money. Sanders was elected to the Senate as an independent, and some say his rejection of both congressional parties has left him politically alienated. But Sanders’ outsider status is the touchstone of his appeal to supporters.

9. Fly economy, mostly – Photos of Sanders flying coach class on commercial airline flights have been held up by supporters as evidence that he’s a humble everyman. But a recent picture of him apparently flying first class triggered conservative cries of hypocrisy.

10. Universal healthcare – Sanders proposes that all Americans would receive government-run health insurance, which he says would cost about $30tn over a decade, though his costing for the policy, Medicare for All, is under intense scrutiny. Sanders’ idea to nationalise US health coverage was as recently as 2016 dismissed out of hand within the Democratic party as too far-left. What was once a pipe dream is now mainstream.

11. Invest in infrastructure – A rare policy overlap between President Trump and Sanders, both have called for $1tn to be spent on infrastructure. Sanders, however, says the president’s stalled proposal is a “sham”.

12. More taxes – Much has been made of Sanders’ aim to introduce taxes on Wall Street stock transactions and raise them for individuals with a net worth exceeding $32m. But the candidate also acknowledges planning to raise taxes for working families in order to fund Medicare for All. However much extra the federal government deducts from Americans’ payroll, he argues, would be more than offset by their health-cost savings.

13. Anti-war– “The American people are sick and tired of endless wars, which have cost us trillions of dollars,” Sanders said during a TV debate in Iowa in January. It’s a sentiment President Trump has often echoed. But unlike Trump, Sanders was against the US invasion of Iraq from the outset back in 2002. Sanders stands by that decision today, calling the conflict the “worst foreign policy blunder in the history of this country”.

14. Personal style is a waste of time – Sanders’ wife, Jane O’Meara, once quipped that if her husband has “seven sweaters, that’s three too many for him”. When questioned about his frequently-rumpled coiffure, Sanders was brusque: “The media will very often spend more time worrying about hair than the fact that we’re the only major country on earth that doesn’t guarantee healthcare to all people.”

15. Call me Bernie – While campaigning in his home state of Vermont, Sanders’ bumper stickers said simply “Bernie”. “You have to reach a certain exulted [sic] status in politics to be referred to only by your first name,” Senator Patrick Leahy told the New York Times in 2007.

16. Sometimes, dictators can do good things – Sanders told CBS in February it would be “unfair” to say “everything is bad” about Cuba’s communist revolution. Critics then brought up how as mayor of Burlington, Vermont, in 1985, Sanders praised Nicaraguan left-wing Sandinistas strongman Daniel Ortega as “an impressive guy”, downplaying reports of rights abuses there. Sanders’ fans are sometimes dubbed “Sandernistas”.

17. Break up Big Tech – “These corporate giants control too much,” Sanders has said of tech companies such as Amazon, Facebook and Google. Like rival Democratic candidate Elizabeth Warren, he wants to break up the firms”https://www.bbc.co.uk/”monopoly” and subject them to anti-trust enforcement. 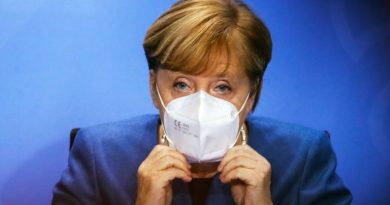 COVID-19: What EU leaders said about AstraZeneca vaccine – and the data forcing a rethink | World News 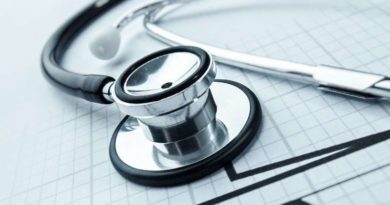 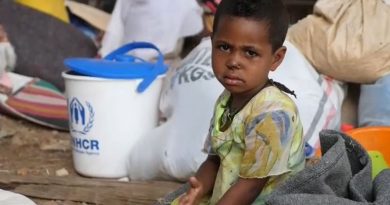 Ethiopia’s Tigray conflict: A human tide of refugees – with little to keep them alive | World News