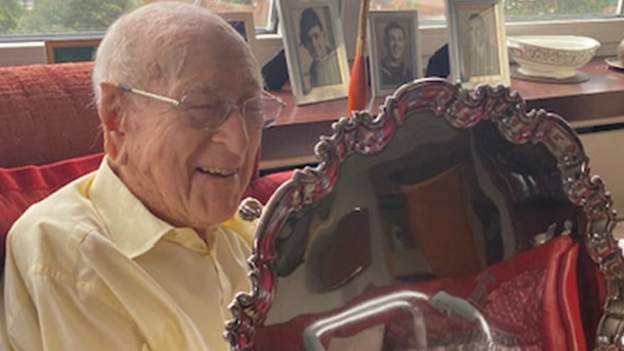 Former publican Coleman joined Surrey in 1947, serving the club in a number of positions behind the scenes before becoming president in 1991.

He also headed the promotions and media relations committee of the Test and County Cricket Board, later the ECB.

Also a football fan, Coleman rescued then non-league Wimbledon in the 1970s.

Coleman bought the struggling club in 1972 and Wimbledon’s tribute described him as “the man who saved the Dons” after he wrote off their debts before selling the club on for the same sum he paid for it.

The tribute added: “[He was] a man whose contribution to the club we will always treasure.”

Wimbledon said Coleman continued to donate to the club over the next 49 years, up to the present day, and this year bought 25 season tickets for local children to share.

A veteran of World War II, serving with the Royal Navy, Coleman was credited with popularising perimeter board advertising at sports grounds after being elected to the general committee at The Oval.

Richard Thompson, Surrey CCC chair, told the club website: “For a club to be thought of as a ‘great club’, requires great people. Few people could personify that more than Bernie and do more to help in building that reputation.

“He was one of the true greats. Without ego or malice, Bernie did more for Surrey CCC than people will ever know. Never wanting the limelight or attention, he just wanted to help in any way he could.

“His contribution to English cricket and Surrey was profound across an extraordinary 78 years of continuous membership of his beloved Surrey CCC.” 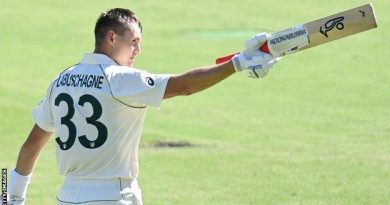 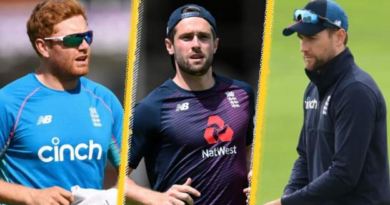