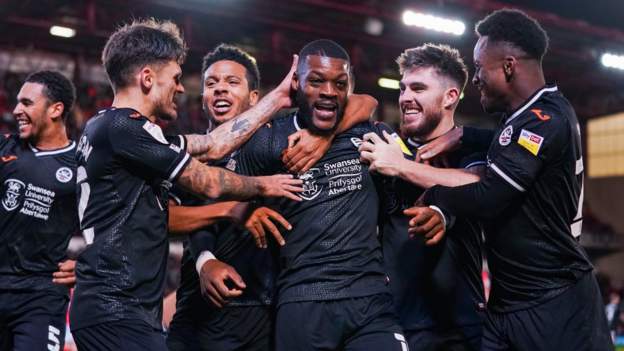 Ntcham scored from close range before Paterson drilled home, as Swansea won a game which had been short on chances.

Barnsley had hoped the appointment of former Sweden Under-21 boss Asbaghi would prompt an upturn in fortunes.

But it was a familiar story for the Tykes as they were beaten for the 10th time in 11 games.

Swansea’s third away league victory of the season sees them climb to ninth, while Barnsley remain deep in relegation trouble in 23rd.

Much has changed for both these clubs since they met in last season’s Championship play-off semi-finals, when Steve Cooper’s Swansea overcame Valerien Ismael’s Barnsley side.

That proved to be the last game in charge for both bosses, with Barnsley hoping Asbaghi can have an impact after Ismael’s replacement, Markus Schopp, won just one of his 15 games in charge.

It has been a more positive story for Russell Martin, who has won admirers for the attractive style he has brought to Swansea, and his side dominated the ball here with Barnsley content to sit back and defend.

Yet for all their possession, Swansea struggled to find either the tempo or quality to stretch their hosts in a first period which was short on incident.

It was Barnsley who conjured the first half-chance, Dominik Frieser finding space to shoot only to be snuffed out by Ben Cabango’s block.

Laird then laid on the chance of half as his cross reached Joel Piroe, but Swansea’s top scorer drilled a low shot just the wrong side of the post.

After just two days on the training ground with his new players, Asbaghi could be pleased with Barnsley’s defensive organisation in the first half.

There was more encouragement for the hosts after the break as Devante Cole crossed for Cauley Woodrow only for the captain to scuff his shot, then Josh Benson lifted a free-kick narrowly over the bar.

The game looked to be drifting towards a goalless draw until Swansea exposed Barnsley on the counter-attack after home appeals for a foul by Naughton on Carlton Morris were ignored.

Matt Grimes fed Korey Smith who in turn found Ryan Manning on the left flank, and he crossed low for Ntcham to touch the ball in from point-blank range.

Any hope of a Barnsley comeback was extinguished when another swift break saw Piroe pick out Paterson, who was allowed to drive into the penalty area before firing a low, left-footed shot into the bottom corner. 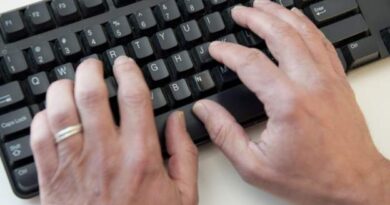 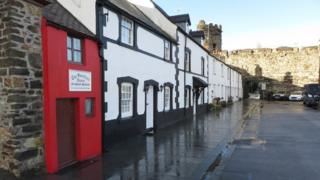 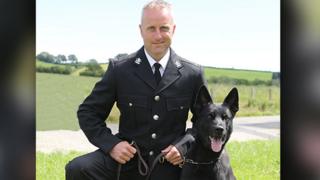