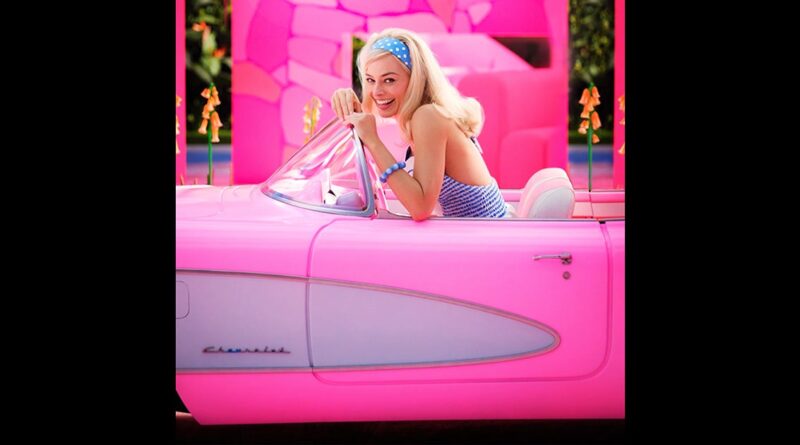 Yesterday Warner Bros. Pictures released the first promo image of Margot Robbie in the upcoming Greta Gerwig-directed Barbie movie, with the star looking absolutely stunning as a live-action version of the iconic doll. Barbie is known for her hot pink Dream Cars, which have often been pink Corvette convertibles, and at first glance it looks like Barbie will be driving a 1956 or ’57 Corvette in the new movie. Look closer, though, and the ‘Vette sure seems like a restomod with an electric powertrain.

I confess that I have to give credit for this discovery to my friend Tyson, who is a self-described Corvette enthusiast. He first noticed the charge door in the front fender scoop, which is definitely not original — the ’56-’57 Corvettes’ fuel doors are on the rear haunch. As we started bouncing more observations off each other, we gleaned more about not just what this car could be, but how the movie will be stylized in general.

Perhaps the biggest tell that this Corvette is electric is the retro Chevrolet script on the front fender below that charge door. Not only did these ‘Vettes not come with a badge like that, the letters E and V in the logo are painted bright blue, just like what Chevy is doing with the Silverado EV. (I bet that means it will use Ultium batteries and electric motors, too.) There are some other differences with other components of the car too, like the streamlined chrome trim surrounding the windshield, the lack of wipers and mirrors and a slightly different look to the dashboard and hood designs.

But wait, there’s more. The door’s panel gaps look really off, like they’re too perfectly aligned to be real, and the door weirdly overlaps on the body. It also seems like the cockpit area is stretched, as if there’s a backseat added, and the car as a whole looks scaled down compared with a real Corvette. Margot Robbie is 5 foot 6 inches and yet she’s towering above the windshield, whereas if she sat in a normal ‘Vette her head would be below the top of the windshield.

This leads me to think that despite Robbie seemingly portraying a real human woman in this image, the movie might have some fun stylization to it. The Corvette in the photo looks like it’s a toy, or at least designed to look like one, so maybe the titular role of Barbie will be of an actual doll and not a real person. Could she be a doll come to life, like the iconic Tyra Banks-led movie Life-Size? Maybe the whole movie will take place in a toy world with scaled-up visuals, like Toy Story or Welcome to Marwen. Or maybe Barbie really will be a real person, and she just drives a toylike car.

The Barbie movie will hit cinemas July 21, 2023, so expect a trickle of other images, information and eventually trailers before then. What makes this even more interesting is Chevy’s confirmation of its first electrified production Corvette, which will be released in 2023 as well. Might we see more movie tie-ins? We’ve asked Chevrolet and Mattel for comment on the mysterious pink Corvette and will update this post if we hear back. 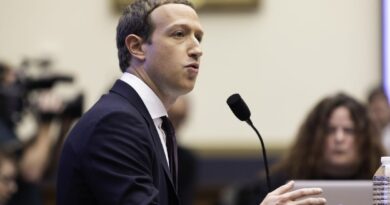 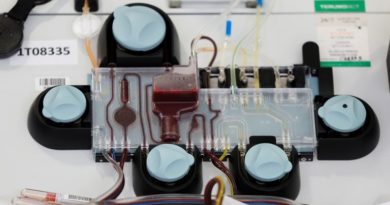