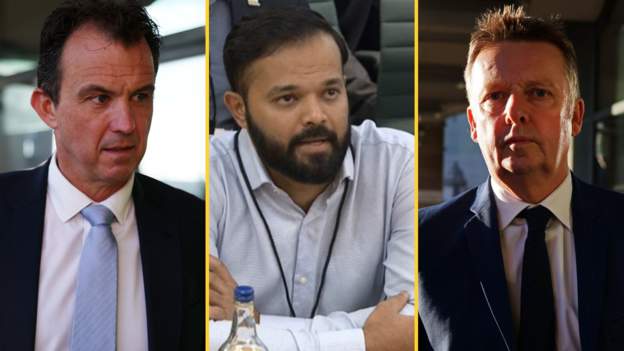 For just under two hours on Tuesday, Azeem Rafiq addressed a group of MPs about his experiences of racism as a player at Yorkshire.

The former captain spoke emotionally about the racist comments and actions that left him, in his own words, “close to taking his own life”.

BBC Sport looks at the key points from the hearing.

Rafiq first spoke about his experiences of racism in September 2020. Since then, Yorkshire have carried out an investigation that has been heavily criticised.

Rafiq spoke to MPs about the scale of the abuse he received and the lack of support he was given throughout his playing and non-playing days.

The use of ‘Steve’ and ‘Kevin’, and a ‘toxic’ dressing room

Rafiq said the Yorkshire dressing room became a “toxic” place when Gary Ballance was appointed captain during Rafiq’s second spell at the club. He detailed consistent abuse from Ballance, including the use of racist language about his Pakistani heritage, which was witnessed by other players and coaches.

He described how India batter Cheteshwar Pujara was called “Steve” by former bowler Jack Brooks. Pujara has said he did not like the name and would have preferred to be called Cheteshwar.

Rafiq also spoke about the term ‘Kevin’, which Ballance used to describe people of colour in a derogatory manner. He said the word was “an open secret” in the England dressing room when Ballance and Nottinghamshire batter Alex Hales were on national duty. He said Hales went on to name his dog Kevin “because it was black”.

Rafiq also said he found it “hurtful” that England captain Joe Root had said he could not recall witnessing any racism. Root was formerly a housemate of Ballance. Rafiq described Root as a “good man” but said he was present on nights out when racist language was directed to him.

BBC Sport has contacted Brooks and Hales for comment. Ballance previously released a statement saying he “deeply regrets” his actions.

Rafiq also mentioned the attitudes of Tim Bresnan, Andrew Gale and Matthew Hoggard towards him at the club. He said Hoggard called him after an interview to apologise for his actions. Bresnan has since released a statement apologising. BBC Sport has contacted Gale.

Forced to drink wine as a teenager

Rafiq graphically described being pinned down while playing for his local cricket club as a 15-year-old and having red wine poured down his throat. The player who did it to him went on to represent Yorkshire and Hampshire.

Rafiq said he was “angry at himself” for allowing the incident to happen, despite being so young. A practising Muslim, Rafiq later drank while at Yorkshire to fit in but was still abused by individuals.

‘Inhuman’ treatment after stillbirth of son

Rafiq broke down in tears as he described how Martyn Moxon, the current director of cricket at Yorkshire, “ripped shreds off me” when he returned to work after the stillbirth of his son in 2017. “They weren’t really bothered about the fact that I was at training one day and I get a phone call to say there’s no heartbeat,” he said.

Rafiq added that he had never seen Moxon speak to anyone like that before, and called on him to apologise. BBC Sport has approached Moxon, who is currently on sick leave from the club with a stress-related illness, for comment.

‘High-profile’ pundits tried to discredit him

Rafiq described how his life had been “made hell” since he went public with his allegations. He described how, after speaking on national TV, “high-profile” pundits messaged those who supported him and tried to discredit him.

He named former England coach David Lloyd as one of those who was involved, despite Lloyd having “never spent any time with me”.

Rafiq also criticised Michael Vaughan’s newspaper column in which he said he had been named in the report for making an alleged racist comment. “It’s important on Michael that we don’t make it all about Michael,” Rafiq added.

Lloyd released a statement saying he “deeply regrets” his actions and apologises to Rafiq. Vaughan has released two statements stating he “completely and categorically denies” the allegation.

‘Lack of support’ from PCA & ECB

Rafiq described the Professional Cricketers’ Association’s stance following the investigation as “incredibly inept”. The PCA is the representative body for male and female players in England and Wales.

“It was, ‘oh, we’ve got members on both sides’,” Rafiq said of the PCA. “So, you’re protecting the perpetrators and you have no interest in where this is taking me?

“The PCA kept telling me, when the report comes out they would support me. Once it did, they said we have no powers, we can just push the ECB,” he said.

The PCA says it “recognises important lessons need to be learnt in the way these matters are handled”.

Chief executive Rob Lynch said: “We are listening to our Equality, Diversity and Inclusion Working Group, which was established in July 2020.

“Acting upon their feedback, anti-racism education has been ongoing throughout 2021 and is part of our commitment to eradicating racism and discrimination within the professional game.

“The PCA has also set up a panel of independent barristers who can be contacted, in confidence, by members encountering any issues of racism and discrimination.”

‘I lost my career due to racism’

Rafiq said that he could not imagine, as a parent himself, letting children play cricket given what he experienced.

He added that he believes he lost his career to racism but wants to become a “voice to the voiceless” to stop others going through the same experiences.

“I have tried to stay away in the process from talking about cricket but I think, with the stats and stuff around 2017, I had the ability to go right to the top,” he said.

“These instances really weighed down on me.

“I want to help young players but also counties to change their environment and achieve their dream. I wasn’t able to achieve my dreams.”

Former Yorkshire chairman Roger Hutton, who stepped down following heavy criticism of Yorkshire’s handling of the complaints, and his replacement Lord Patel also spoke to the panel.

Hutton was asked to drop investigation

Hutton said he faced repeated resistance at Yorkshire, including an unwillingness to accept that Rafiq had been a victim or to implement the changes recommended by the investigation.

He said he was asked by chief executive Mark Arthur – who has since stepped down – to “abandon the process and investigation”. He also said Arthur did not want to apologise, adding: “I said Azeem Rafiq would be part of the process of healing and reconciliation and was told he would not be welcome.”

Arthur was due to speak at the DCMS select committee but did not. BBC Sport has approached Yorkshire for further comment.

Hutton said he wanted to remove Arthur and director of cricket Martyn Moxon from their posts, as well as the head of human resources.

When pressed, Hutton said that he “feared” Yorkshire “falls under that definition” of institutionally racist. The report into Rafiq’s claims had said there was insufficient evidence to prove this.

“I have to observe that in the past few months there has been a substantial amount of thoughtlessness and ignorance and a reluctance to apologise and to put into place the recommendations,” he added.

Hutton repeated his claim that Yorkshire had asked the ECB to lead the investigation into Rafiq’s claims but had not been offered any help.

Harrison, however, said the the regulatory department had only been asked to be a “partner” in the investigation and sit on the panel that assessed the investigators’ report. The ECB turned Yorkshire down because, as a regulator, it had to be able to oversee the whole investigation, rather than be involved.

“Yorkshire were very clear that they wanted to run this investigation themselves,” Harrison added. 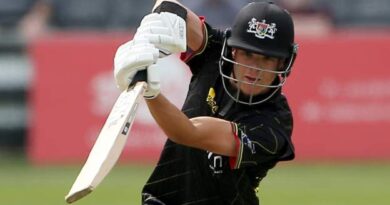