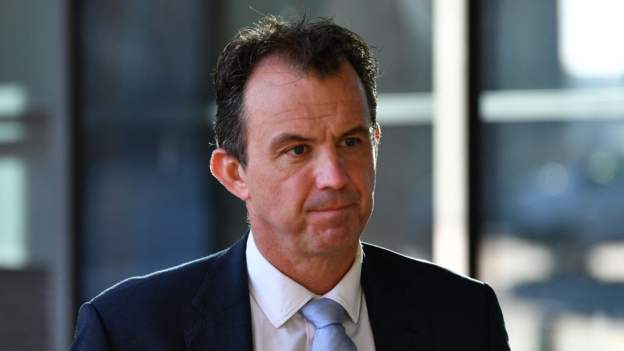 English cricket is approaching an “emergency” over its failure to address racism, says England and Wales Cricket Board chief executive Tom Harrison.

He said issues he faced at Yorkshire were widespread in domestic cricket.

Harrison told the select committee the ECB had “struggled” to get the first-class game to “wake up”.

“We have been aware of the importance of this agenda – not just racism, but equality, diversity and inclusion,” said Harrison.

“What we have struggled with is getting our first-class game to wake up.

“If we are not in an emergency, we are approaching one.”

Rafiq, 30, said the scale of the problem was “scary”, and former Yorkshire academy players Irfan Amjad and Tabassum Bhatti have alleged they received racist abuse while at the club.

Former players Zoheb Sharif and Maurice Chambers have both alleged they suffered racist abuse at Essex, while last week their former chairman John Faragher resigned following an allegation he used racist language in a 2017 board meeting, which he denies.

A report by an independent panel found that Rafiq was a “victim of racial harassment and bullying” during his two spells at Yorkshire between 2008 and 2018, but said there was “insufficient evidence” to conclude the club was institutionally racist.

Harrison said “the handling of the report speaks to institutional racism” when asked whether he thought Yorkshire County Cricket Club was institutionally racist.

When pressed on the same question, former Yorkshire chairman Roger Hutton said: “Yes, I fear it falls under that definition.”

Hutton, who resigned earlier this month amid criticism of the club’s response, added there had been “a substantial amount of thoughtlessness and ignorance” and a “reluctance to apologise” within the club during the process.

He said he was “deeply disappointed” that neither former chief executive Mark Arthur nor director of cricket Martyn Moxon attended the select committee hearing.

Arthur resigned last week and Moxon is absent from work because of a “stress-related illness” and “will be given the necessary support”.

Hutton, who took over as chairman in April 2020, said both Arthur and Moxon had “found this process very difficult” and “failed to accept the gravity of this situation”.

“They have not wanted to apologise or take the recommendations of the panel going forward,” he added.

Hutton also claimed Arthur asked him to abandon the investigation, which was launched in September 2020.

Yorkshire received the findings of the investigation in August 2021 and released their own summary on 10 September, which said seven of Rafiq’s 43 allegations had been upheld.

Yorkshire sent a heavily redacted copy to Rafiq on 13 October, having missed a deadline to send the full report to him five days earlier. Rafiq finally received the full version last week.

On 28 October, Yorkshire said no-one would face disciplinary action following the report, resulting in widespread criticism, the resignation of several senior figures and many sponsors ending or not renewing their partnerships with the county.

The ECB has also suspended Yorkshire from hosting international matches at Headingley.

Rafiq called on the ECB to make a “tangible change”, while both Harrison and new Yorkshire chairman Lord Patel said his testimony was a “watershed” moment in cricket.

Harrison said it was “very refreshing” that Rafiq was “willing to work with us and ensure these reforms are taken through the game quickly and that it’s action not words that follows”.

Sharif told BBC Sport that he felt the ECB had not done enough to tackle racism in cricket.

“They have to do a lot more and they have a really good opportunity to put things in place for generations to come,” he said.

“More examples will come out and there needs to be an independent investigation to all those who come out. Once we have that then we can potentially work with the counties to help put strategies in place for the future.”

ECB should have run investigation – Hutton

Hutton told the select committee that the ECB “should have carried out this investigation” instead of the law firm Squire Patton Boggs.

“It would have been far better had they done that,” he said.

“This was a whistleblowing claim from 2007 to 2018, against the executive of the club.

“Publication would have been easier and they should have recognised this is something they should be involved in.

“Azeem did not approach Yorkshire, he made statements in the press because he did not have confidence in them and felt they were institutionally racist.”

However, Harrison claimed that Yorkshire had been clear that they wanted to run the investigation.

“It was the chair of Yorkshire, Mr Hutton, who stated he wanted the international law firm to carry out the investigation,” added ECB legal director Meena Botros.

“He asked if the ECB would want to put someone on the panel.

“The ECB said that, given it is a Yorkshire investigation, it would not be appropriate due to our role as a regulator.” 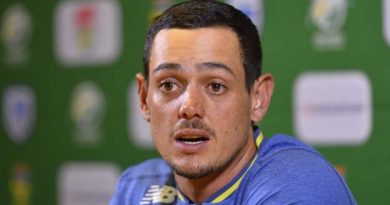 Quinton de Kock: South Africa keeper sorry over refusal to take a knee and says he is not racist