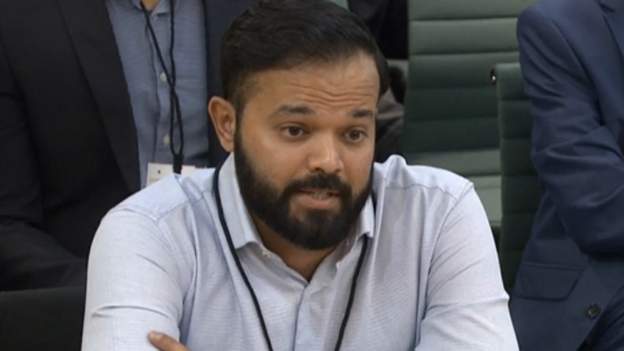 English cricket’s racism scandal is the latest compelling example of the way sport regularly forces society to confront some of its most important issues.

The ramifications of this episode have now extended well beyond the borders of the most successful club in the county game.

To the England dressing room, where several of cricket’s most famous players, both past and present, have been forced into apologies or denials.

To several other counties, where further allegations have sparked more investigations, and with the prospect of more to come.

To Lord’s, where the England and Wales Cricket Board (ECB) is under unprecedented scrutiny, with questions over its ability to improve diversity in the professional game and to regulate the sport, as well as simultaneously promoting it.

And of course to Westminster, where Rafiq’s harrowing testimony and allegations of institutional racism to a parliamentary committee this week was seen as a wake-up call. Not only to the game’s authorities, but also to wider society.

His emotional description of the effects of racism was regarded by many as a hugely significant moment in a much bigger debate around race relations, Islamophobia and division in Britain today.

Rafiq’s apology for anti-Semitic messages a decade ago is the latest in a series of twists in a story that began just over a year ago when he first went public with allegations of racism, and which then ignited into a national scandal last month.

Yes, it was a private message sent to a friend when he was only a teenager, and not the constant bullying and harassment that he was found to have been subjected to at Headingley. And yes, he has apologised and admitted he is deeply ashamed.

Rafiq has accepted that some former team-mates may have simply forgotten the kind of language he suffered, just like he says he had forgotten he had sent the anti-Semitic messages in 2011. He insists he does not want to focus on individuals, and instead cares more about the wider systemic issue around dressing room culture, and the way complaints are handled.

However, while he has never claimed to be perfect, there is no denying that the revelation is highly embarrassing for Rafiq, and will change many people’s perception of him. Put simply, he has been seen to have made the kind of offensive racial slur that he has criticised others for, inevitably leaving him open to accusations of double-standards and hypocrisy. Some who have questioned whether it was right for the sport to be engaging in such soul-searching – and who feel uncomfortable with individuals being held to account for past actions – clearly feel emboldened.

What many will insist Rafiq’s apology does not change, however, is the fact that he was found to have been the victim of racism over a long period of time at Yorkshire. That racism is not ‘banter’. That Roger Hutton – the former chairman of the club – fears it is institutionally racist. And that the man who replaced him – Lord Patel – has conceded the investigation into Rafiq’s claims was “flawed”.

There is no denying that a third of black, Asian and minority ethnic cricketers say they have experienced racism in the game. That more than 1,000 people have already been in touch with an independent commission for equity in cricket since it was launched last week. That while a third of recreational cricketers in England are from the Asian community, less than 5% play professionally, a significant drop since 2010. And that there is still just one non-white coach of a county side, despite the launch of the ECB’s South Asian Action Plan in 2018.

The anti-Semitic messages that Rafiq has had to apologise for do not change any of those worrying statistics. Nor do they suddenly negate the issues that his case has helped shine a light on. Indeed, if anything, it has perhaps reinforced them, underlining the need for greater education and awareness.

The stakes for the game are now very high. Already under pressure over the decision to allow Yorkshire to conduct their own investigation into Rafiq’s allegations, ECB chief executive Tom Harrison admitted to MPs the sport he runs was approaching an “emergency” over its failure to address racism, the government then threatening the “nuclear option” of an independent regulator if cricket did not “get its house in order”.

Sport England has said millions of pounds of public funding could be withheld if progress is not made. Relationships with some of the counties remains fraught, especially since Harrison and some of his executives shared more than £2m in bonuses earlier this year, despite making a raft of redundancies.

On Friday, after a game-wide meeting at the Oval, English cricket’s authorities vowed “tangible action” in a joint statement that was immediately criticised by some observers for being too vague.

ECB insiders are asking for patience, insisting commitments set to be confirmed next week will include moves to tackle discriminatory chanting at matches, a possible partnership with football’s anti-racism body Kick It Out and renewed efforts when it comes to tackling under-representation in cricket’s professional ranks and administrative roles.

But with the game at a crossroads, the sense is that time is running out and this time the sport’s authorities cannot afford to fail. 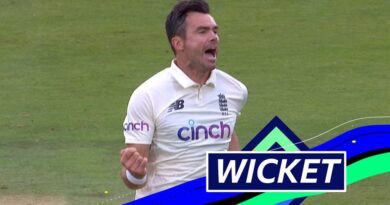