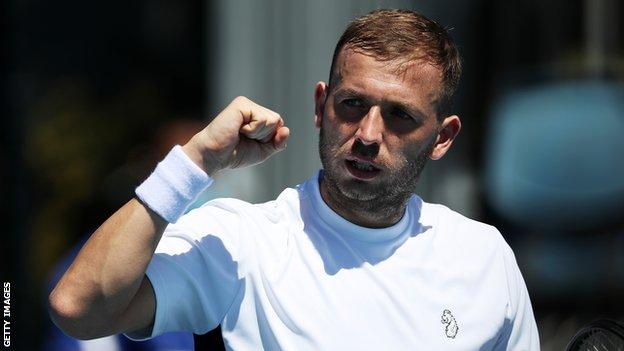 
Dan Evans and Cameron Norrie will play one another in the first round of the Australian Open.

They are the only Britons in the men’s event, with Kyle Edmund missing through injury and Andy Murray unable to travel because of Covid-19 restrictions.

The Australian Open – the first Grand Slam of the year – begins on Monday.

The draw was delayed by 24 hours, along with the six warm-up events that are taking place at Melbourne Park, but organisers are “absolutely confident” the Slam will go ahead.

The 507 people who were retested for coronavirus after a hotel worker contracted it have all returned negative tests.

Who are the Britons facing?

The 20-year-old has a rare genetic condition called ectrodactyly ectodermal dysplasia syndrome, which means she was born with three fingers and a thumb on each hand, three toes on her right foot and four toes on her left.

Jones was told she would never play professional tennis but she has defied doctors, playing with a light racquet and very small grip to increase her control.

Heather Watson will play Czech Kristyna Pliskova, who she beat in the first round of last year’s tournament, while Katie Boulter meets Russian Daria Kasatkina.

Boulter is using her protected ranking to compete in Melbourne after a lengthy lay-off with a back injury.

Evans and Norrie have been team-mates at the ATP Cup and Davis Cup but have never met in a singles match at ATP level.

Evans, seeded 30th, or Norrie could face world number two Rafael Nadal in the third round.

What about the big names?

Djokovic is in the same half of the draw as US Open champion Dominic Thiem, who he beat in last year’s Melbourne final.

Austrian Thiem will begin his campaign against Kazakh Mikhail Kukushkin.

Spanish rival Nadal’s preparations for his bid to land a men’s record 21st Grand Slam singles title – which would move him clear of Roger Federer – have been hampered by a back injury this week.

The 34-year-old will play Laslo Djere of Serbia in the opening round.

In the women’s draw, American great Serena Williams starts against Germany’s Laura Siegemund as she launches another attempt to win a record-equalling 24th major singles title.

She could meet Naomi Osaka – widely considered a favourite for the title – in the semi-finals, but the Japanese has a tricky match first up against Russian Anastasia Pavlyuchenkova.

World number one Ashleigh Barty will play her first Grand Slam match in a year against Danka Kovinic of Montenegro.

Andreescu, the 2019 US Open champion, withdrew from the warm-up tournaments but has said the move was just a precaution after two weeks of quarantine. 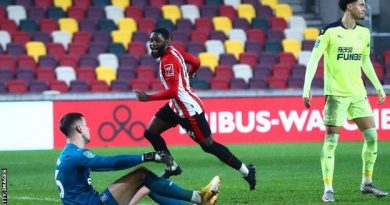 Sussex: One rescued and two missing as fishing boat sinks