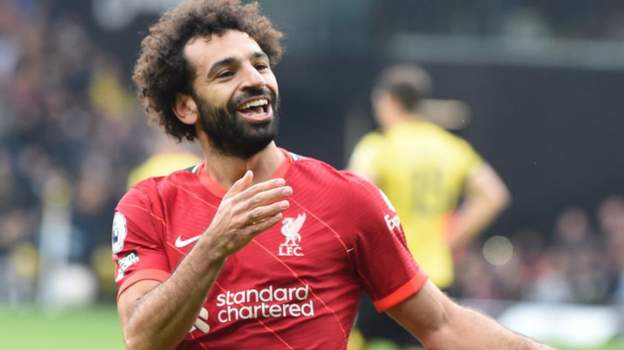 Salah has scored in each of his past eight games for the Reds, with his latest strike a brilliant individual effort against Watford at the weekend.

That prompted Liverpool boss Jurgen Klopp to label the Egypt forward “the best” player in the world.

“He has been playing at a fantastic level for the last few years with Liverpool and his national team.”

However Simeone says it is not just Salah his side needs to be wary of.

Liverpool are unbeaten in all competitions so far this season and are top of Group B in the Champions League with two wins from two.

“They are going through a fantastic spell of football, they seem to have a different rhythm, and it is a pleasure to see them play,” said Simeone.

“They have no fear to leave spaces at the back. They press high, play a high line, have speed.”

‘Atletico are a different animal, but not a weaker one’

Liverpool were knocked out of the Champions League by Atletico Madrid when the two sides last met, with the Spanish side winning both legs of their last-16 tie in early 2020.

“We lost both games the last time against them,” said Klopp.

“I’m a positive person but I’m not that positive to think we have these games in our pockets.

“They have changed players and system so we face a different animal, but not a weaker one. The core are still together, and have been for a while, and they know how to win football games.”

Curtis Jones missed Saturday’s win against Watford with an injury picked up on England Under-21s duty and, although he has returned to training, he has not travelled to Madrid. 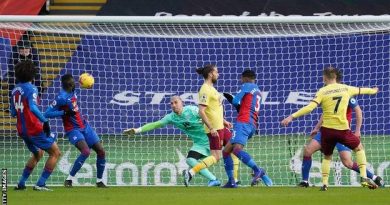 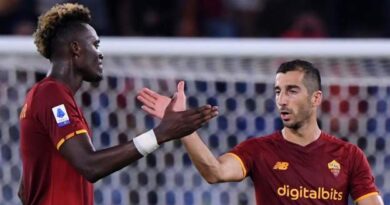