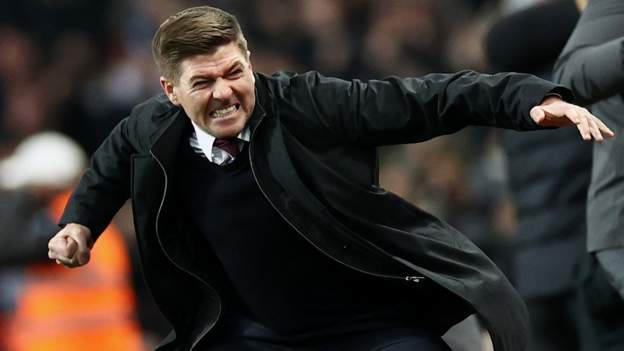 Gerrard’s bow as a Premier League boss looked set to end in a goalless stalemate until his side broke from an 84th-minute Brighton corner.

Villa went the full length of the field as substitute Ashley Young sent Watkins running down the left wing, with the England forward cutting inside the box before delivering a smart finish beyond Jason Steele.

A minute from time, the hosts got their second as Adam Webster’s attempt to clear John McGinn’s cross went straight to Mings, who finished at the first attempt.

Villa might have had a third but Steele did well to deny Leon Bailey in stoppage time.

The victory ended a run of five straight defeats for Villa, with Gerrard taking applause from all sides of the ground before running down the tunnel in obvious delight.

After taking the applause of the home fans as he made his way to the dugout, it didn’t take Gerrard long to be claiming for every free-kick, booking or penalty that it was possible for his side to get in a first half of limited chances.

It is fairly obvious to say Villa have no-one in their squad who could come close to a favourable comparison to their new manager in his playing pomp.

They do have some useful performers though, in new Poland international Matty Cash, goalkeeper Emiliano Martinez and skipper Mings. But they looked limited in the final third.

Until the sensational ending, their best chances came from headers by Cash and Mings, which Premier League debutant Steele made brave saves to repel.

Villa’s club record £33m signing Emiliano Buendia was again a muted force and it was no real surprise when he was replaced by Young for the final 16 minutes.

What this club does have – and the attraction for Gerrard – is a massive fanbase and a great history. ‘Iconic’, was the word Gerrard used in his programme notes.

And by the time the final whistle went, Villa Park was a cauldron of noise as the home fans celebrated their first win since September.

Amid the noise around Dean Smith’s exit and Gerrard’s appointment, it had almost been overlooked that Brighton’s excellent start to the season has now given way to a run of seven games without a win in all competitions, their worst run in almost a year.

Graham Potter’s side retain the confidence to keep possession and maintain their patience as they look for openings but they still find a killer touch elusive.

After Villa’s initial thrusts the Seagulls controlled long periods of the game, denying the hosts any time on the ball while they enjoyed plenty of it, albeit in areas of the field that were not of any particular danger.

Martinez, fresh from keeping the clean sheet against Brazil that secured World Cup qualification for Argentina, made the two most notable saves, beating away an angled Leandro Trossard drive before spreading himself to deny Tariq Lamptey.

Lamptey is slowly returning to form after injury but despite the promptings of Adam Lallana and Yves Bissouma from midfield, once Villa broke the deadlock, there was never any realistic hope of an equaliser.

Aston Villa are next in action against Crystal Palace at Selhurst Park on Saturday, 27 November (15:00 GMT). Brighton have a home game against Leeds, also on 27 November (17:30 GMT). 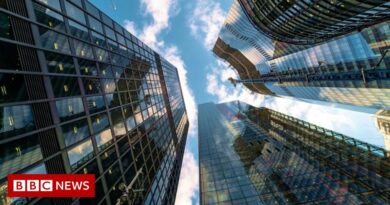 Climate change: Which buildings are bad for the environment?