For the record, Ashley Williams says he has no plans to call a halt to his time with Wales.

But then again, the man who led his country to the semi-finals of the last European Championships admits he has given up on making any plans these days.

The current situation has thrown up many uncertainties for football and for its players, all still waiting for news of when the game will come out of lockdown and what it might look like when it does.

But for Williams, he had already learned not to worry about the future.

Without a club as last summer ticked over to this season and unenthused by the options available by the time the new campaign kicked off, the 35-year-old reached the point where he realised “this could be it”.

He found he was not scared by the prospect.

“I say to some of my close friends, lads like Joey Allen, Neil Taylor and James Chester, there’s a lot of scary stories about when footballers retire,” Williams told BBC Radio Wales Sport.

“Yes, I missed the games – especially the dressing room – like I’m missing it now, but on the flipside there was more times with the kids and family. I actually enjoyed it.

“I remember Wales press conferences a few years back where people would ask if it was my last campaign or if I was going to call it a day – it wasn’t something I’d thought about and you’d think: ‘Do I look like I need to?’

As it happened, Williams signed for Bristol City in September and racked up 29 appearances for the side that were one point outside the Championship play-offs before fixtures were suspended two months ago.

A new deal when his contract expires after this campaign would not be out of the ordinary, having said he has enjoyed a new lease of life at Ashton Gate.

It was not enough to stop him losing a place in the Wales team that he had made his own pretty much ever since his debut in March 2008, with manager Ryan Giggs preferring other options as the national team qualified for Euro 2020.

Despite praise from the Manchester United icon, Williams made way for a vision of youth with Tom Lockyer, Chris Mepham, James Lawrence and Joe Rodon all taking turns in replacing the captain for key games last year.

“That was tough for me,” says Williams, who started just one of the eight qualifiers. “There was a mix because I was disappointed on a personal level but on a team level I was over the moon like everyone else.

“I think everyone would appreciate it as difficult but I take things for what they are. The manager is going to pick a team he thinks will win a game and I’ve been in football long enough now to know you respect that.

“It is what it is and I’ve had that many unbelievable memories with Wales no-one can take those away.”

Not that Williams is ready or planning to give up on anything. It is more a case of having been faced with the prospect of seeing it all finish, there is no longer a fear of what might be.

Plans of the future and the anxiety they can bring have been replaced with an appreciation of the past and an enjoyment of the here and now.

“I learned last summer here’s no point making plans, whether that’s retirement or where you want to be playing next season,” he says.

“And it’s nice I’m at an age and a stage of my career and life to have that freedom, to be able to say I’ll continue playing if I want to or I don’t.

“It’s not anything to worry about which it can be for players, whether if someone is going to sign them, if their body is going to hold out, the financial side of it, all those thoughts which come into it.

“It’s easy for me to sit here and say it after playing for 18 years but if someone doesn’t want me then that’s what it is, I’ve achieved way more than I thought I would, my career has been way better than I ever thought it could be when I started out.”

Veganism and a new lease of life

Seven years in the Premier League after starting out with non-league Hednesford Town before his making his way to Swansea City via Stockport County tells you that.

A League Cup win, European football and then those glorious nights in France at Euro 2016 in front of a wall of passionate and adoring red-shirted Wales fane are all on a CV that Williams knows most would gladly swap for their own.

There could yet be a second top-flight promotion as part of Bristol City’s squad, depending on the what happens with the on-hold season.

Having felt the physical benefits of turning to veganism, the appetite is still there for more if the opportunity comes.

After a struggle of a second season at Everton and an unremarkable time at Stoke City, Williams had looked far more like his old self before the season was halted.

“I’ve really enjoyed it and felt like I’ve been able to make a positive impact,” he says.

“It’s probably the best I’ve felt physically and mentally in the last couple of years.

“It’s not I didn’t enjoy the season at Stoke or my time at Everton – they had their ups and downs like all seasons – but it was a good fit; they needed some experience which I brought and I probably needed some younger players to give me a new lease of life.

“I know I’m not the player I was in the first few years at Swansea for example, I know what I can and can’t do on a pitch these days, what I can bring to a club and what I don’t.”

Putting it simply, he knows his own mind even if he is not so sure what the future might hold.

Naturally, the question remains on Wales and the postponed Euros next summer when Williams will be a touch shy of 37 when the tournament ends.

Plenty will have their thoughts, but Williams is not wasting energy on devoting much of his own.

He simply says he hopes it goes ahead and “we have a great tournament whether I’m there or not, playing or not” but admits his only concerns are a little closer in time and closer to home.

Training on his own as he waits for the nod to return with the rest of Lee Johnson’s Bristol City squad is not dissimilar to last summer as he kept in shape at home, only this time there are three primary-age children to contend with.

There is football in the back garden where Williams is simply ‘Daddy’ despite attempts to persuade his children to watch him on YouTube rather than Euro 2016 conqueror Cristiano Ronaldo.

He misses games like he missed them then, but asking when he might miss them permanently is missing the point.

“A lot of people ask me ‘when’ but I don’t know, because right now we don’t know what’s going to happen next week so I can only say I’ve enjoyed the season so far and I want to try and finish it,” he says.

“I’m at ease with that – and I think everybody should be – because it feels much better when not worrying about things you can’t control.

“When you have something like this crisis, it’s really not at the forefront of my mind whether I’m going to be playing at Euro 2020 next summer or not.” 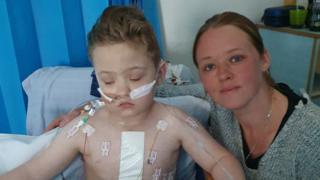 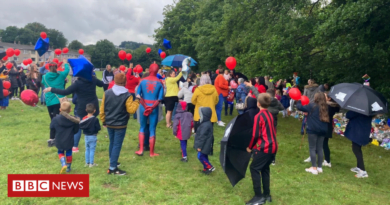