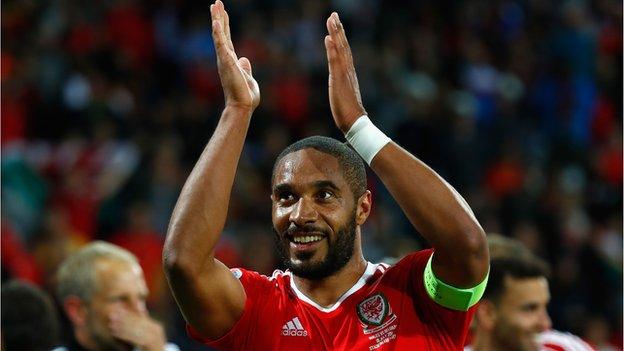 Williams, 36, has been without a club since being released by Bristol City at the end of last season.

The former Swansea City and Everton centre-back announced his decision on social media, describing his career as an “incredible journey” having represented some “incredible teams”.

A late starter in professional football, Williams’ career began at Stockport County before he joined Swansea on loan and helped them win promotion from League One to the Championship in 2008.

He then made a permanent move to the Welsh side for a then club-record fee of £400,000.

Williams enjoyed eight memorable seasons with the Swans, playing a pivotal role in their rise to the Premier League and captaining them to League Cup glory in 2013.

Released by Everton at the end of that season, Williams joined Bristol City and played 33 games.

For all Williams’ success at club level, his career highlights came with Wales.

He qualified through his maternal grandfather and, having been given his Wales debut by John Toshack in 2008, he and went on to win 86 caps, leading his country on 53 occasions.

He captained Wales to only their second ever major tournament at Euro 2016 and, announcing his retirement on Tuesday, he described being captain as they reached the last four in France as “my greatest achievement and something I will never forget”.

Williams added: “Football has taught me so much both on and off the field and I will take this with me into the next chapter.

“I look forward to still being involved in the game in the future.”