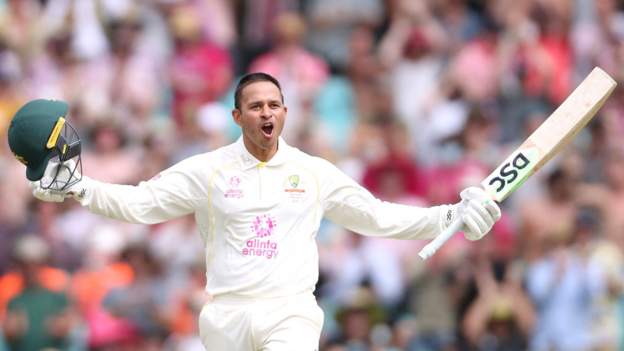 As Usman Khawaja opened his arms to the crowd at the Sydney Cricket Ground on the second day of the fourth Ashes Test after his fine 137, those in the stands opened their arms back to him.

In part, it was the embrace of a hometown hero – Khawaja may now captain Queensland, having been born in Pakistan, but he is a Sydney boy through and through, raised in the harbour city and having done all of his professional development with New South Wales.

In part, it was the romance of the story – a Test comeback at the age of 35, having spent two and a half years not just on the sidelines but further afield than that, cut adrift during the 2019 Ashes in England and apparently superseded by younger players.

In part, it was the response to Khawaja the person, who has become much more visible over the past couple of years.

When Khawaja debuted at the SCG in 2011, filling in for Ricky Ponting in the final Test of an Ashes series in which Australia got drubbed, he was a quiet and shy kid who had a lovely left-handed cover drive.

Pages were written about his 37 on debut, but no-one knew who was behind it.

Through the middle stages of his career, in which Khawaja occasionally played wonderful innings while often seeming to underperform relative to his best, he mostly communicated with the world through journalists, and he didn’t much like journalists.

Of all the Australian players of that era, Khawaja was regularly the most chippy if he felt there was a note of criticism in questions.

In 2020 though, when the dressing-room documentary The Test was published about the 2019 tour, Khawaja was the surprise star of the show.

His blunt interactions with the coach Justin Langer showed people someone with the confidence to speak up and a lack of concern about consequences.

After he was left out of the team, consequences mattered even less.

Khawaja started publishing his own videos on YouTube, doing interviews or answering fan questions. One highlight was a conversation with former Pakistan spinner Saeed Ajmal, who was as blunt as Khawaja.

A newsworthy moment came when he criticised current Australian Test players for leaking complaints about Langer. Again, he was not afraid to speak his mind.

All of this has given people a bit more of a look at Khawaja’s personality, including his evident sense of humour and his sense of right and wrong. So perhaps there was more of a personal connection in that applause at the SCG.

There was plenty of personality in his century celebration, as well. Khawaja may have been the first player to do the dab on a cricket field, in 2017, before it became a completely played-out meme. This time he raised his knees and thumped his chest in the manner of one of American basketball’s greatest.

“I love LeBron James and I do it mucking around with the boys all the time if I hit a few good shots playing basketball, so I’ve had a bit of practice at it,” he said after play.

“I love Test cricket, [but] I feel a little traditional at times so I like to give it a bit of spark.”

Perhaps more significant was the beaming smile on Khawaja’s face at the time.

In years past he has sometimes played like somebody with a point to prove or a grudge to bear.

This time he played like somebody delighting in the surprise of another chance, and the lack of surprise that he was still being good enough to mix it with the best.

Seeing him look around to spot his wife and baby on the big screen, there was another reminder of Usman Khawaja letting the world in a little more in recent times.

Over the year to come, he may get more chances to do just that. 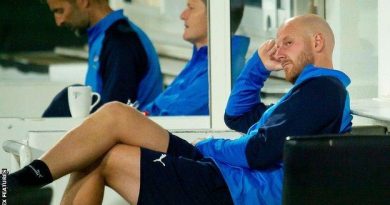