Five blindfolded young men kneel before a priest who is uttering blessings in the West African language Yoruba, while they vow to be brave, respectful and good to their community.

But this scene is not taking place in West Africa: this is Cuba, and the five young men here are converting to Abakua, a uniquely Cuban spiritual practice.

Faced with economic hardships and the COVID-19 pandemic, many young Cubans have sought refuge in religion, including Abakua, a belief system that originated as a brotherhood of protection for enslaved Africans in Havana nearly 200 years ago.

“With this problem of the pandemic, it has grown a lot, we’ve had a lot of” new devotees, Juan Ruiz Ona, a religious leader, told AFP.

The religion shares attributes with Santeria and Palomonte, other popular Latin American sects with African origins and influences from various belief systems.

But while the other two are practiced across the region, Abakua is exclusive to Cuba.

At the Efi Barondi Cama temple in Matanzas, 100 kilometers (60 miles) east of Havana, Ona is the Yamba—the second-highest ranking official.

The private initiation ceremony for the young men taking place here is open only to the Abakuas and their guests.

The person taking on the role of the Ireme—or little devil—rubs a chicken over the new disciples’ bodies as part of a purifying ritual, before allowing them into the sacred space where the secret ritual takes place.

Dancing to a rhythmic drumbeat, the Ireme represents the presence of the ancestors.

Becoming an Abakua has traditionally been difficult, and the secret rules imposed on devotees were notoriously harsh.

There are about 130 Abakua fraternities in Cuba, made up entirely of heterosexual men.

The fraternities are known as “powers,” “games” or “plants.”

Over time, the groups have lost their cloak of secrecy, but not their rigid principles, such as the support for brothers in faith.

“During this pandemic… we’ve tried to support our brothers, even though some have died, others were ill, and others we visited and helped,” said Ruiz.

Like many Cubans, some of the faithful have emigrated and send money home to help their fraternity.

“We’re a constructive institution, we contribute with our revolution and our young,” added Ruiz, a firm supporter of the island nation’s communist regime.

Following the 1959 socialist revolution, the government declared itself atheist, but after the fall of the Soviet Union—the regime’s major backer—Cuba in 1990 became an officially secular state, albeit with a Catholic majority.

Sociologists estimate that 85 percent of the population of 11.2 million consider themselves believers —though not necessarily practicing ones—of a religion, often in sects that combine Catholicism with animist African beliefs. 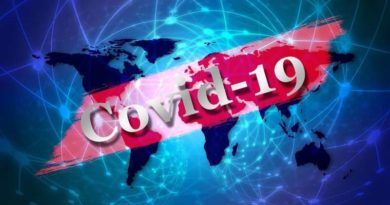