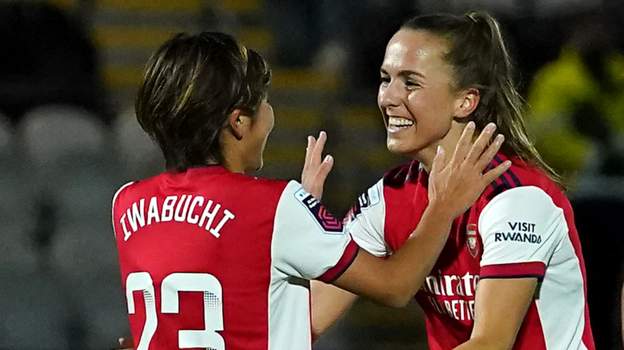 Arsenal powered into the semi-finals of the FA Cup by coming from behind to beat neighbours Tottenham in a one-sided north London derby.

Rachel Williams gave Spurs an early lead but Arsenal soon took control and were level inside 10 minutes through Mana Iwabuchi.

Tang Jiali put into her own goal before Caitlin Foord and Nikita Parris also scored before the break.

Foord later wrapped up the win to send Arsenal through to face Brighton.

Arsenal and Tottenham have both won all three of their Women’s Super League matches so far this season, but there was a clear gulf here.

Williams scored a wonderful opener for Spurs but Arsenal’s response was swift and devastating.

US star Tobin Heath, making her full Arsenal debut, was instrumental in Iwabuchi’s equaliser before sending in a dangerous free-kick that ultimately forced the own goal from Jiali.

Parris then showed a breathtaking turn of pace to create the third, firing in a low cross for Foord to touch home skilfully in the six-yard box.

Parris joined the scorers shortly afterwards with a neat header, all before half-time.

Arsenal’s intensity dropped after the break, but when they did cut loose again, substitute Beth Mead bent a ball over for Foord to slot past a helpless Rebecca Spencer. 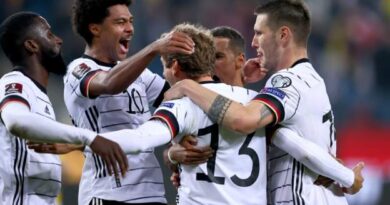 Quiz: Match the mum to the Premier League player in our Mother's Day XI quiz

Steven Gerrard: Rangers manager ‘all in’ at Scottish Premiership club