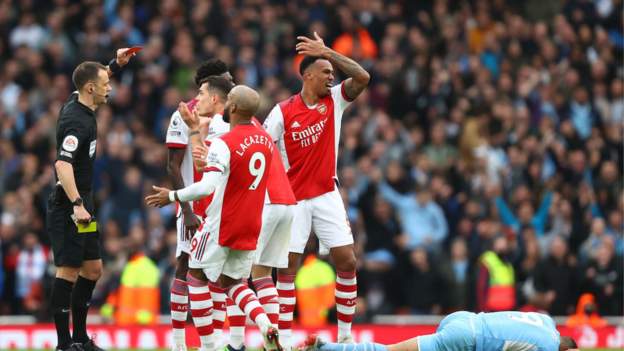 Arsenal have been charged by the Football Association for failing to ensure their players conducted themselves in an orderly fashion during Saturday’s home defeat to Manchester City.

The incident happened in the 59th minute when Gunners defender Gabriel was sent off after receiving a second yellow card.

Brazilian Gabriel was booked twice inside two minutes, as City came from behind to win 2-1.

Arsenal have until 7 January to respond to the FA charge.

City were awarded a penalty, with referee Stuart Attwell overturning his initial decision after viewing the pitchside monitor.

Bukayo Saka had given Arsenal the lead, with Riyad Mahrez levelling from the spot and Rodri scoring in stoppage time to complete the comeback win.

Wigan Athletic: Administrators to negotiate with second bidder after talks break down 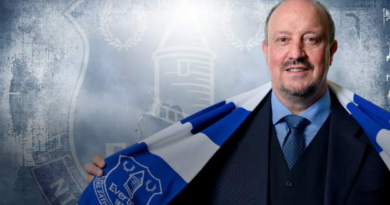