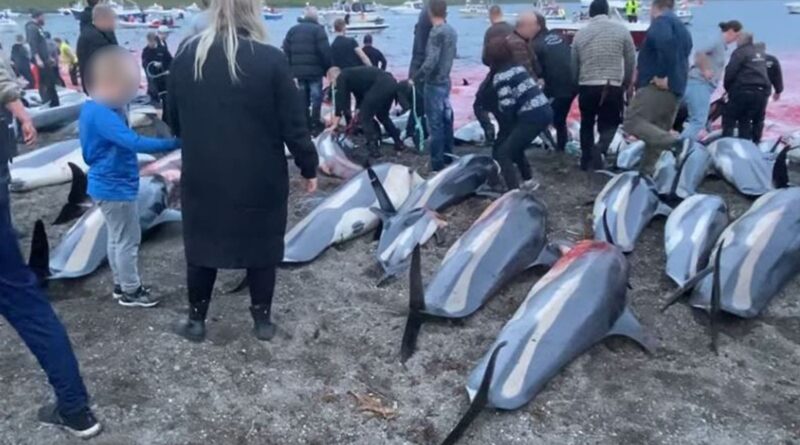 There has been an angry response from animal rights groups after almost 1,500 dolphins from a ‘super pod’ were killed in the Faroe Islands.

Video uploaded to social media by the activists Sea Shepherd showed hundreds of slaughtered animals lying on the shoreline while others thrashed about in the shallows as men grappled to hold on to them.

Boats could be seen further out to sea in the fjord forming a barrier to stop the live animals, Atlantic white-sided dolphins, from swimming away.

The hunt is called Grindadrap and involves the animals having their necks cut with knives or being killed with harpoons.

The video will shock many viewers.

Sea Shepherd Faroe Islands Campaign wrote on their Facebook page: “We are sharing with you 10 minutes of unedited footage.

“We are doing this so you can grasp the reality of what happened yesterday.

“Because while the Faroese newspapers have been busy reporting on the reactions to the hunt all through the day, there has been… 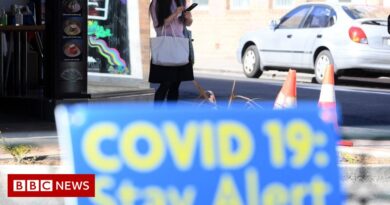 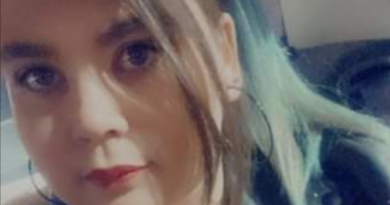