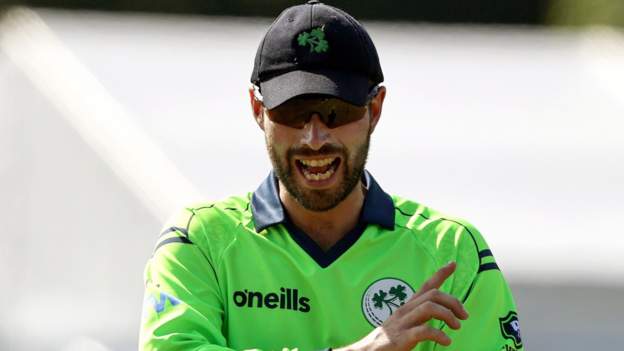 Ireland captain Andrew Balbirnie says the squad being forced to quarantine in their hotel rooms in Dubai for the past six days since their arrival in the United Arab Emirates “makes no sense”.

Covid rules have kept the Irish players in their hotel rooms since arriving to prepare for the T20 World Cup campaign.

“In January when none of us had been jabbed, we had to do three days [of quarantine] here,” said Balbirnie.

“Now every squad member has been double jabbed and we have to do six days.”

Ireland begin their T20 World Cup campaign against the Netherlands in Abu Dhabi on 18 October before facing Sri Lanka and Namibia in an opening qualifying group where the two top will progress to the Super 12s in the UAE and Oman against the game’s leading nations.

The Irish players have already undergone two Covid-19 tests since their arrival in Dubai and were scheduled to have another late on Thursday in the hope that they would be cleared to finally leave their hotel rooms on Friday, to continue their T20 World Cup preparations in earnest.

‘Given bean bags to throw against the wall’

Balbirnie revealed that Ireland’s fitness work over the past week has been confined to riding exercise bikes or using a treadmill on their hotel balconies and throwing bean begs against the room walls to simulate fielding practice.

“We were given bean bags and we throw them against the wall 30 or 40 times. That’s as close to cricket as we get in quarantine.

“In terms of food, you get a knock of the door with a brown bag three times a day. There is a menu but hopefully this is the last night of the brown paper dinners.

“Once we’re finished quarantine we can only mix with each other. It doesn’t make sense to me. I don’t think it ever will but I don’t make the rules.”

Despite the restrictions, Balbirnie insists morale remains high in the Irish camp as they look forward to escaping from the air conditioned hotel rooms even though temperatures have been reaching close to 40 degrees Celsius in the UAE in recent days.

“Guys have been really good with their attitude and their discipline. It’s kind of made us really appreciate how lucky we are when we get to go out and play cricket,” added Balbirnie, who was speaking at the virtual launch of Ireland’s T20 World Cup jersey.

The Irish will play six warm-up games prior to their opener against their Dutch which includes a non-cap game against Scotland and a three-match series against the UAE.

Balbirnie is hoping that build-up will have the side sharp against the Dutch who produced a remarkable run chase to end Ireland’s hopes at the 2014 tournament in Bangladesh.

Ireland looked in total control in the game in Sylhet as they hit 189-4 but the Netherlands chased down the total to win by six wickets and with 6.1 overs to spare.

“If you talk to a few of the guys, they still reckon it’s one of the lowest points they’ve had as an Irish cricketer,” added Balbirnie, who did not make his T20 debut for Ireland until a year later.

“I remember being in shock watching it on the telly. They just had a really amazing day out. Not only did the chase us but how quickly they chased us. Everyone who came into bat next just seemed to hit it cleanly.”

Ireland then suffered another early exit in the 2016 competition in India – which was their last appearance at a World Cup – when a shock opening defeat by Oman effectively ended their tournament with a rained off contest against Bangladesh following before the Dutch again beat them in a reduced-overs dead rubber game.

After the opener against the Dutch on 18 October, Ireland will face group favourites Sri Lanka at the same Abu Dhabi venue two days later before taking on Namibia in Sharjah on 22 October.

Two victories from those three games should be good enough to ensure progression to the Super 12s against the major cricket nations.

“The Dutch are a really good T20 outfit. They have a lot of players playing in England that played in the Blast and The Hundred so that first game is probably our biggest game of the group. It sets the tone and will have a big say in where we go in the group,” said Balbirnie. 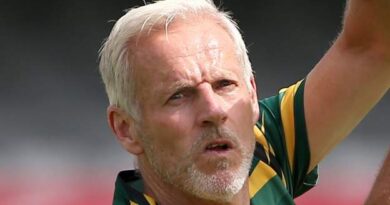 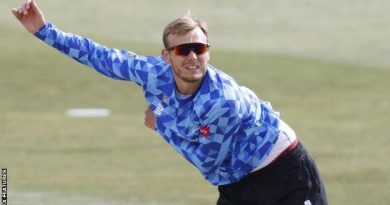