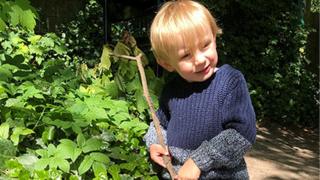 A three-year-old boy prompted a police call-out when he found human remains while on a walk in Nottinghamshire.

Charlie Ryan-Williams found fragments of skull near a footpath off Church Street in Southwell last week.

Police said they believed they were ancient and possibly related to a nearby Anglo-Saxon burial ground.

Charlie’s father Jack said his son surprised his mother when he told her “all about the human skull we had found”.

Nottinghamshire Police said preliminary investigations confirmed the pieces were likely to be human.

The path runs close to both an Anglo-Saxon burial ground and a Roman villa.

Mr Ryan-Williams, a veterinary nurse, said: “We were walking along when my son found something on the footpath.

“At first I thought they were pieces of pottery but then I realised what they were.

“I could see straight away they were very old but thought I should ring the police anyway.

“It was certainly a surprising thing for us to find, but his mum was in for more of a surprise when, before I could explain more about how old the remains were, my son told her all about the human skull we had found.”

The force said no further police investigations were deemed necessary and the remains might be sent for more detailed laboratory examination. 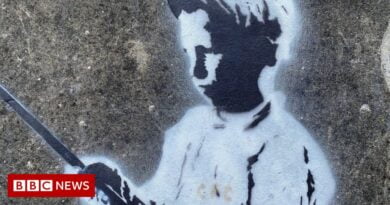 Harwich mural 'unlikely to be by Banksy' 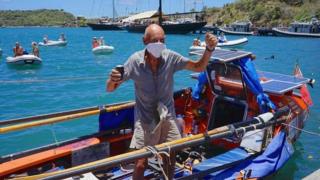 Life as a carer: 'You don't have time to eat or sleep'