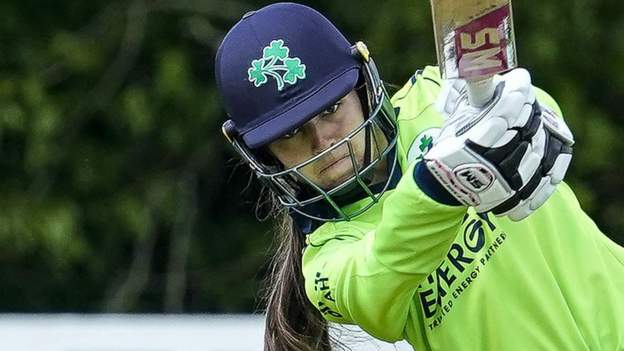 Ireland’s Amy Hunter celebrated her 16th birthday by becoming the youngest player to notch a one-day international century in Monday’s game in Zimbabwe.

The Belfast schoolgirl hit 121 not out as Ireland made 312-3 after batting first in the final game in the series.

Indian woman Mithali Raj held the previous record when hitting an unbeaten 114 against Ireland at the age of 16 years and 205 days in June 1999.

Pakistan’s Shahid Afridi is the youngest man to hit an ODI century.

Gaby Lewis scored 78 runs, and Laura Delany hit 68, in Ireland’s innings as the visitors produced a huge total to put themselves in a strong position to clinch the four-match series.

Ireland went Monday’s game 2-1 up after losing the opening game in the series.

After winning the toss, Zimbabwe’s decision to field backfired badly as Hunter and Lewis produced a 140 partnership after Leah Paul departed when the Irish had reached 40-0.

Hunter and captain Delany then put on 143 for the third wicket to set up Ireland’s big score.

The Belfast schoolgirl hit eight fours in her 127-ball innings.

England v Pakistan: Babar Azam misses out on a half-century as England take a crucial wicket