Four-time Olympic champion Ben Ainslie says his Ineos Team UK is “up for the fight” as they bid to become the first British team to win the America’s Cup.

Ainslie and his team begin competing in the challenger series in Auckland on Friday, with the winner then taking on defending champions Team New Zealand for the trophy.

The 43-year-old’s boat struggled in last month’s World Series, but Ainslie says Ineos are ready to bounce back.

He told ACTV: “Our team has been through some really tough times, particularly in the past couple of months, and you hear a lot about the siege mentality in sport. I’ve experienced that on a number of occasions and I’ve got that feeling about this team.

“We couldn’t have done more to resolve the issues that we’ve had. We’re up for the fight. We’re looking forward to trying to prove a few people wrong.”

The path to the America’s Cup is a long and complex one for Ainslie and his crew. Here is a look at what they have to do and who is involved.

How do Team Ineos UK qualify for the America’s Cup?

As the defending champions, Team New Zealand automatically get to compete in the America’s Cup, a series of races in Auckland from 6 to 15 March.

Their opponents will be decided in a challenger series, running from 15 January to 22 February.

Ineos – whose crew also includes British Olympic champion Giles Scott – will face two other sides in the series, one from Italy and one from the United States.

The challenger series runs over three stages, the first of which is a round-robin format, where the three challengers compete in eight races – four each against the other two teams.

At the end of the round-robin format, the team with the most points goes straight through to the third stage, the qualifying final.

The other two teams will go into the second stage, competing head-to-head in a semi-final – and the first to win four races will take the other place in the qualifying final.

That final takes place between 13 and 22 February – and the first team to take seven wins in it will earn the chance to face Team New Zealand for the America’s Cup.

Who are the sides challenging for the America’s Cup?

Ineos Team UK was formed in 2018 to bid to bring the America’s Cup home to Britain.

Before relocating to New Zealand, the team was based in Old Portsmouth, Hampshire. Ainslie, a previous America’s Cup winner and the most successful Olympic sailor of all time, is the team principal and skipper.

He acknowledged that there was work to do after December’s World Series, where Ineos lost all six of their races.

It is the sixth time the team, which was established in 1997, has challenged for the cup; they are led by two-time winner Max Sirena. The Italian side won three and lost three of their World Series races. 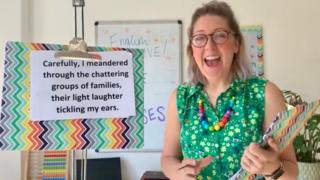 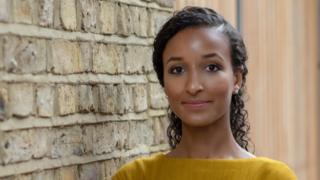 England 2-0 Scotland: What was it like to be on the receiving end of Gazza’s genius?