Supporters who attend the Wales and Scotland match will witness a little bit of rugby history this Saturday.

With everything that has happened since England’s win over Wales and the coronavirus crisis, it has gone under the radar a bit that Wales captain Alun Wyn Jones will equal a memorable milestone this weekend.

Jones will draw level with Richie McCaw’s world record of 148 caps when he leads his country out against Scotland at the Principality Stadium.

Not all of those caps have come for Wales but that should not diminish from this major achievement that might not be broken again for a little while.

It will be his 139th international for Wales to go alongside his nine Tests for the British and Irish Lions over three tours of South Africa, Australia and New Zealand.

It is testament to his longevity at 34 that Jones is still performing at the highest level and regarded as one of Wales’ talismanic characters even during a disappointing 2020 Six Nations campaign.

Such is Jones’ devotion to Wales he might not even consider it equalling a record until he had played 148 times solely for his country.

But McCaw counts his caps for playing against them so why should the Welsh lock not do the same for playing for the cream of British and Irish rugby?

After making his debut in 2006 as a flanker in Argentina, Jones has become an integral part of the Wales forward pack and has broken appearance records galore.

He has developed his game as well over that 14-year period, adding a ball-carrying and handling dimension while also becoming one of the sports statesmen.

That is backed up by some of the legends of the game who assessed Jones’ contribution at the end of the 2019 World Cup in Japan.

Former Wales captain Jonathan Davies described Jones as Wales’ best ever player. That would provoke a debate in Wales but many would agree.

Alun Wyn’s glittering CV tells its own story, although Jones himself will say World Cup success with Wales and a European triumph with Ospreys are the notable omissions.

Playing every Test with the British and Irish Lions over an eight-year period and captaining the winning side against Australia in the series decider in 2013. Even more impressive. And maybe one more tour in South Africa next year, who knows?

Wales coach Wayne Pivac has only started working with Jones in November 2019 after taking over from Warren Gatland.

“He is totally different than some of the things I was told to be honest,” said Pivac.

“I find him a pleasure to work with. The way I would like all players to be. If he is not sure on things he will let you know, he will ask questions, and they are all positive questions.

“He’s an outstanding player and leader for this team and the way he trains and plays you wouldn’t think he’s the age that he is.”

Pivac believes he is revered as much in Wales as McCaw is in New Zealand.

“Every player decides when they have had enough and Richie made his decision at 148 Tests, and Alun Wyn is still going,” said Pivac.

“Unless there are circumstances out of his control, he’ll break that record shortly.

“They are immense players – anyone who plays 100 Test matches is a fantastic rugby player and deserves the accolades, to get to the 150 mark was unheard of a few years ago.

“So for Alun Wyn to challenge that and surpass that, everyone in Wales should be proud of his efforts. He is an icon.” 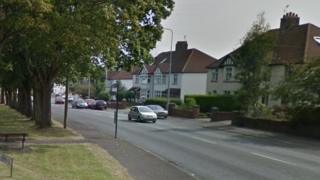 Armed police sent to Penarth after reports of shooting

M4 relief road would be built ‘promptly’ by UK government