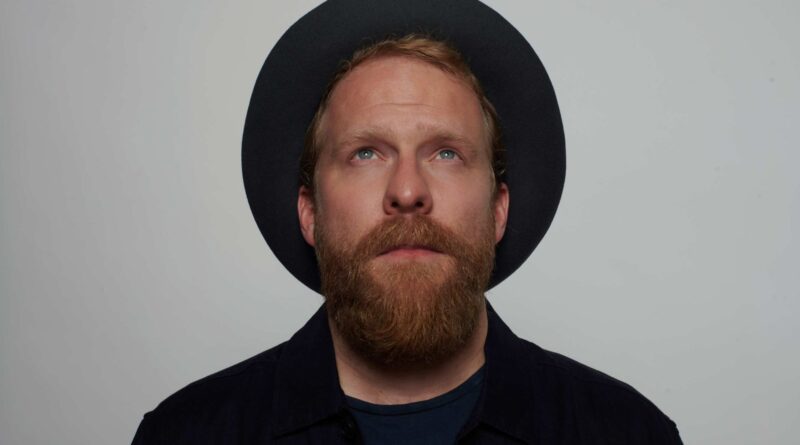 When Alex Clare had to choose between his music career and his faith, he never had any doubts.

Ten years ago, the British singer-songwriter was on the cusp of mainstream success; he didn’t know it back then but one of his songs was about to become a worldwide hit, and he had the opportunity to play on what could have been a career-making tour with Adele.

But some of the shows fell during the important Jewish holiday of Pesach, or Passover. To Clare, there was no question of playing.

His label, Island Records, accommodated this at the time, he tells Sky News, said they would work around it and try and find other opportunities for him. But later in 2011, when he could not play another show as it fell during the holiday of Sukkot, he says “it was the straw that broke the camel’s back”, and that he was given an ultimatum.

“Most of Judaism is not black and white, it’s very grey,” says Clare. “There are areas where you can be very flexible and there are some areas where you just can’t. When you know there’s no grey area, it’s very easy to say ‘I can’t do this’, but that makes it even harder for other people because they sort of see a refusal as belligerence or aggression or a lack of a willingness to compromise. But you can only compromise in so many areas.”

An Island spokesperson told Sky News that they “were as upset as anyone” to hear Clare’s story and had apologised to the singer directly. “What was said to him 10 years ago was wrong and does not in any way represent our views or policies,” they said.

Ultimately, Clare was dropped following the release of his debut album, The Lateness Of The Hour – only to be resigned after single Too Close climbed back up the charts the following year in 2012 off the back of a Microsoft ad campaign, going on to become a worldwide hit.

Now living in Jerusalem and putting out music on his own terms after several years away, Clare says he never wonders about the potential “Sliding Doors” effects of the choices he made.

“I never think about [turning down the Adele tour] because my career really took off just afterwards,” he says. “My career went absolutely interstellar, so to speak, with Too Close and The Lateness Of The Hour, my first album. So there’s no ‘what ifs’ because I had it all. After making those sacrifices and those commitments, it all kind of came good.”

Still, that doesn’t mean Clare hasn’t been burned by his experiences. “It’s a hellish industry,” he laughs. “In terms of spiritual and emotional wellbeing, it’s not really the best industry to get into. Anything that’s that fickle is going to be pretty unhealthy for the individual.”

But the singer is sanguine, quickly pointing out the positives to all the situations he has found himself in.

He says his faith helped him through a difficult time. “The one thing that actually gave me meaning and purpose throughout that whole period was my faith and my belief that what I was doing was very much the right thing for me,” he says.

“But you know, if you stand out or if you are leading an alternative lifestyle, it isn’t always tolerated – even by the most liberal people. It definitely was very challenging in that first record deal with Island, they didn’t really get it. And the way the cards were dealt, you know, my personal choices and my religious beliefs didn’t seem to be conducive with a music career.”

But being a megastar was never the end goal, he says. “I think it is very hard for people in the music industry to think that every musician doesn’t necessarily want to be a pop star. I just want to play live and make music without any of the accoutrements that goes with that.

“I think they couldn’t really understand that. And, you know, they put profits before people. Like most businesses, they’re there to make money at the end of the day.”

Clare made the decision in 2015 to move to Jerusalem to go to yeshiva, a religious college. While he was still writing music, including songs for other artists, his studies and his family – he is a father of three – were his focus for a long time. Now, five years on from his last album, Tail Of Lions, he has made his return with latest single Why Don’t Ya and plans for more on the way.

Touring now will be a very different affair, he says, although he’s quick to dispel any myths that even the early days were in any way glamorous.

“I played a show in LA a few years ago and Slash from Guns N Roses was there,” he says. “Nobody told us, but he had an afterparty for us. My tour manager was anxious because we had to get on our way to go and play another city, I think in Sacramento, and we had to get on the road.

“Next thing you know, we’re halfway to Sacramento and we get a phone call like, ‘where are you guys?’ That’s the only thing I can say from touring that would have been like, ‘oh, that’s pretty cool’. But it didn’t even happen.”

Does he think the music industry has changed since his earlier years? “I don’t know. I think in terms of PR and how they’re spinning it, it has to change, obviously. Culturally? I don’t honestly know.” He laughs. “We’ll see. At the end of the day, the music industry is a business and whatever’s going to bring in the dollars for a lot of those record labels is probably all that really matters, which is okay. That’s just how it is.

“Are people more tolerant and kind? Superficially, definitely. I think as a world, we have to do a lot more internally. We’re very scared of saying the wrong thing or being perceived to do the wrong thing.

“The reality is that unless people are consciously trying to be better people and do the right thing and spread more positivity and do more positive things, and take more initiatives to do the right things, I don’t think much is really going to change, because it’s very external. It’s just about, for a lot of people, how they’re perceived as opposed to what’s really going on in the internal world.

Why Don’t Ya, by Alex Clare, is out now 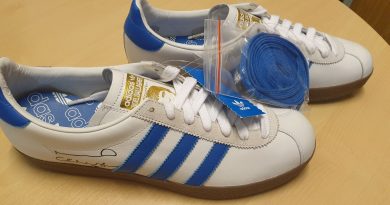