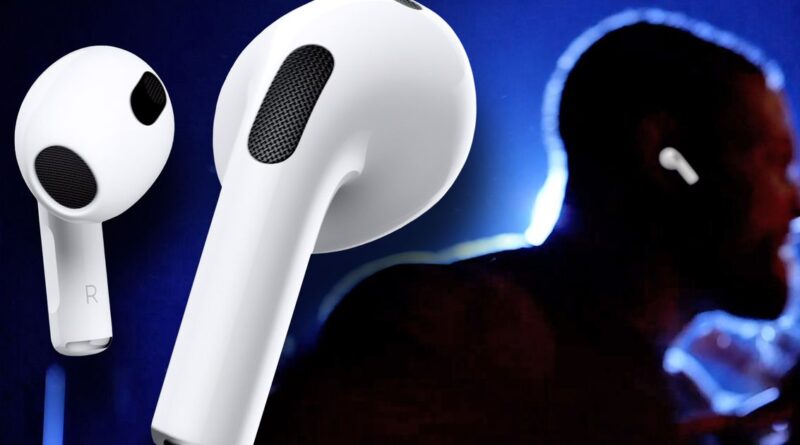 After much speculation, Apple finally debuted its third-generation AirPods on Monday. The announcement came during the company’s Unleashed event, where it also revealed a redesigned MacBook Pro that comes in 14- and 16-inch sizes and boasts more powerful new chips.

Get to know Apple’s new AirPods


True to the rumors, Apple’s new $179 (£169, AU$279) AirPods (buy them here — with free case engraving) have a lot in common with the high-end AirPods Pro. The stems are shorter and the earpiece is shaped more like the AirPods Pro’s, except it retains the older model’s open design rather than changeable tips. (Here’s the $15 AirPods accessory we swear by.)

The AirPods 3 also come with spatial audio support and water resistance unlike the standard AirPods, which Apple will still sell at the lower price of $129 (£119, AU$219). The new earbuds are available for preorder immediately ahead of their launch next week.

The main difference between the new AirPods and the AirPods Pro continues to be active noise cancellation, which is still exclusive to the $249 (£239, AU399) AirPods Pro. So far, the new earbuds seem like a middle ground between the basic AirPods and AirPods Pro, but we’ll know more once we’ve had the chance to try them.

Here’s a breakdown of how the third-generation AirPods and the AirPods Pro compare. And here’s what to know about trading in your old AirPods, in case you’re wondering.

Design: The AirPods 3 have a similar shape, but no silicone tips

If the new AirPods look familiar, that’s because they borrow a lot of design cues from the AirPods Pro. Like their pricier sibling, the third-generation AirPods have an earpiece that’s narrower than the standard AirPods. It’s not quite as slender as the AirPods Pro’s earpiece, but it’s certainly not as round as the standard AirPods. The new AirPods are also water and sweat resistant like the AirPods Pro, which could make them a more appealing option for those who frequently use them during exercise and outdoor activities.

Like the earpiece, the case for the new AirPods also looks like a cross between the case for the standard AirPods and the AirPods Pro. It’s much shorter and wider than the entry-level AirPods case, but it’s not quite as wide as the holster for the AirPods Pro. You can also charge the third-generation AirPods case via wireless charging, including Apple’s MagSafe charger, or by plugging it in.

The third-generation AirPods’ stems are also shorter, another characteristic that resembles the AirPods Pro. These new stems also have the same Force Touch sensor as the AirPods Pro, which enables you to control audio playback and launch Siri.

The biggest difference between the two in terms of design is that the new $179 AirPods don’t have interchangeable silicone tips like the AirPods Pro, which include three sizes to choose from. The new AirPods are also lighter than the AirPods Pro at 0.15 ounces versus 0.19 ounces.

The announcement lines up with rumors that surfaced ahead of Apple’s event. Last year, Bloomberg and analyst Ming-Chi Kuo (via MacRumors) both reported that Apple’s entry-level AirPods will gain a new look with shorter stems.

Audio: No active noise cancellation, but other audio improvements

You’ll still have to splurge on Apple’s top-of-the-line earbuds to get active noise cancellation and transparency mode. But the new AirPods are inheriting a couple of other audio features from the AirPods Pro: spatial audio and adaptive EQ.

Spatial audio is essentially like a virtual surround sound, as my colleague David Carnoy describes it. The technology generally makes audio feel more enveloping and mimics the experience of being in a movie theater. Apple introduced the feature to the AirPods Pro in last year’s iOS 14 update and it’s seemingly becoming a core part of the AirPods experience. Both the new $179 AirPods and the $549 over-ear AirPods Max have the feature. Adaptive EQ adjusts audio based on the shape of your ear and was previously exclusive to the AirPods Pro and AirPods Max.

Read more: Instead of removing the iPhone 13 notch, Apple added one to the MacBook Pro

Performance and battery: The AirPods 3 have longer battery life but same chip as the AirPods Pro

The new third-generation AirPods should have longer battery life than their predecessors. Apple says they will last for six hours on a single charge and up to five hours with spatial audio enabled. You’ll also get up to four hours of talk time and the charging case should provide up to 30 hours of listening time.

The AirPods Pro, by comparison, should last up to 4.5 hours on a single charge and five hours if you disable active noise cancellation and transparency mode. They offer 3.5 hours of talk time and the case provides 24 hours of total listening time, according to Apple’s claims.

Both the third-generation AirPods and AirPods Pro feature Apple’s H1 chip, so they should offer similar performance when it comes to tasks like summoning Siri and quickly connecting to Apple devices.

Overall, the AirPods 3 seem like they’ll bring Apple’s earbuds up to speed in two areas that matter most: comfort and audio functionality. That’s especially important as the market for true wireless earbuds has become more competitive with new offerings from Samsung, Amazon, Google and many of Apple’s other rivals.

The third-generation AirPods were announced at Apple’s “Unleashed” event on October 18.

The AirPods Pro are Apple’s high-end true-wireless headphones, and its only true-wireless model to offer active noise cancellation. They retail for $249 at the Apple Store, but they generally retail for between $179 and $200. 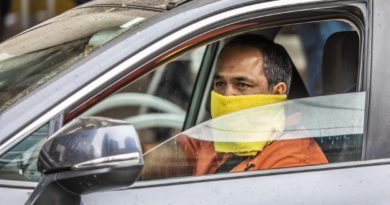 Ancient cave painters deprived themselves of oxygen to get high, new study suggests 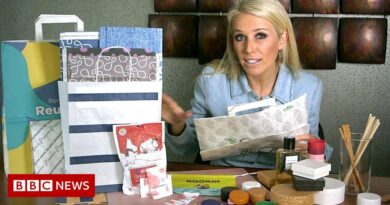 The wood-based alternatives to plastic bags and containers