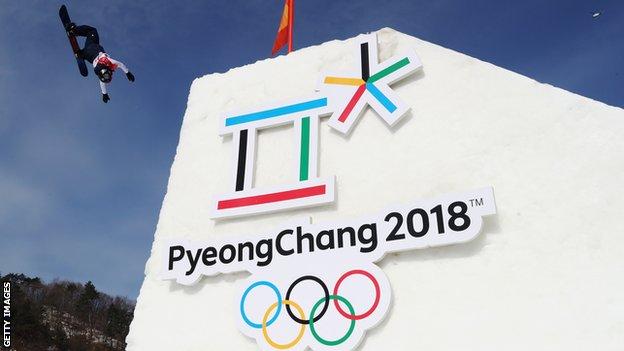 Two-time Winter Olympian Aimee Fuller says “it feels like the right time” to announce her retirement from professional snowboarding.

Fuller represented Team GB at the 2014 Games in Sochi and again four years later in Pyeongchang.

“I’ve had the most amazing career, one I never thought would be possible,” she said.

Fuller spent time between England, the United States and Northern Ireland growing up. She broke onto the snowboarding scene in 2011 and became the first woman to land a double backflip in competition at the X Games.

Injuries meant she had to wait until the last two events to qualify for the 2014 Games in Sochi. She secured the required top-12 spot in Colorado in the lead up to Christmas 2013 before confirming her spot at a maiden Olympics with a fifth-place finish in Quebec, just two weeks before the opening ceremony in Russia.

“I have never felt pressure like it. It was such a rollercoaster,” said Fuller on the qualification process.

Fuller, then 22, just missed out on qualification for the slopestyle final in Sochi, eventually finishing 17th, however she secured qualification for a second Games three years later after top-20 finishes at the World Championships in both the big air and slopestyle competitions.

At her second Games in South Korea in 2018, Fuller again came 17th in the slopestyle and 25th in qualification for the big air – missing out on the final.

Other career highlights include third place in the 2017 season, World Cup big Air Super Series, ranked fifth in the world in the Slopestyle World Cup Rankings 2017 in the Olympics Qualifying and being the first woman to land a double in completion at the X Games in 2012.

“I was excited to be at Sochi because of the wild ride I had in the run-up to it. I think that shaped me as an athlete,” Fuller recalled.

“I learnt so much that I could take into the next Games – in terms of preparation, qualifying and my injury management. It was all on point so I was in the best shape of my life both physically and results-wise going into 2018.”

Fuller admitted she will miss the camaraderie of competing but she has “made some great friends for life”.

“I will continue to snowboard and be an ambassador for snow sports. I want to explore the back country because the mountains have so much to offer and they are there to be enjoyed by everyone.

“I still want to be able to snowboard when I’m 70 years old.”

After hanging up her board professionally, Fuller has said she had fulfilled a dream as an athlete and is now looking to move into broadcasting after stints as a pundit and documentary maker in the latter part of her career.

“I remember watching the X Games on TV at 12 or 13 years old and thinking I would love to do it. I never thought it would be possible,” she added.

“I was watching Torah Bright on TV and then in 2011 not only was she my team-mate, but I was standing at the top of the X Games with her. That was surreal.

“I followed my dream and made a career out of it. If there is something you love then go and chase it because it is there for the taking.” 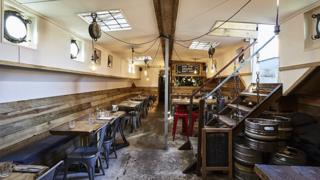 Snow has fallen in the Sahara desert after temperatures dropped to -3C (27F). Karim Bouchetata recorded the rare event in