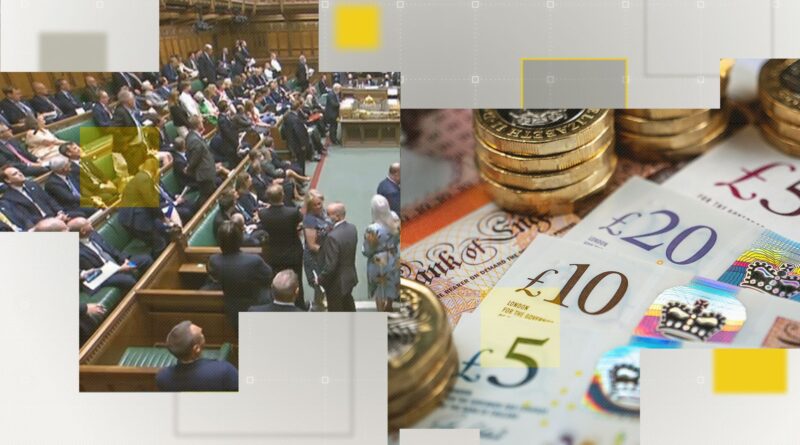 Every MP earns a basic annual salary of £81,932, but the recent Westminster “sleaze” row has sharpened a focus on the other earnings of those in the House of Commons.

Over the last year, more than 200 MPs have received earnings on top of their basic salary.

These are detailed in the Commons’ register of interests, where MPs are required – under their code of conduct – to declare any additional money they are given.

By using the search function below, Sky News allows you to reveal the extra earnings and outside interests – if any – of your local MP. The information you’ll see below is provided by MPs and published on the parliamentary website.

One of the highest-earning MPs is Conservative backbencher Sir Geoffrey Cox, who was recently revealed to have voted by proxy in the Commons while undertaking lucrative legal work in the Caribbean.

The recent scrutiny of MPs’ other earnings was prompted by the Owen Paterson scandal, after the Conservative ex-cabinet minister was found to have breached lobbying rules.

Prime Minister Boris Johnson initially attempted to save Mr Paterson from an immediate suspension from Commons, while a new Conservative-dominated committee decided on an overhaul of standards rules and whether the ex-minister’s case should be reconsidered.

However, following a huge outcry, Mr Johnson swiftly U-turned and has since accepted Mr Paterson did break lobbying rules and admitted it was a “mistake” to conflate the case with a shake-up of MPs’ disciplinary processes.

There have been signs that the resultant “sleaze” row at Westminster caused political harm to both the prime minister and the Conservative Party, with Labour having pulled ahead of the Tories in recent opinion polls.

The prime minister has now proposed a ban on MPs working as paid political consultants or lobbyists, although Labour has accused him of having “watered-down” tougher action.

Following a recent Commons vote on the issue, there will now be a cross-party attempt to bring forward new plans for updating MPs’ code of conduct by the end of January.

The Prince of Wales has formally acknowledged “the appalling atrocity of slavery” in the Caribbean, saying “it forever stains our

Yemen: The children haunted by 'ghosts' of war