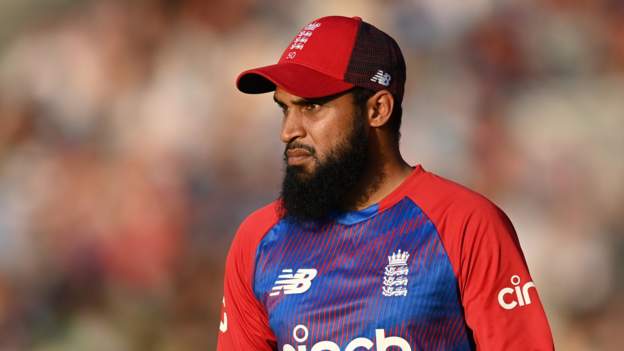 England bowler Adil Rashid says he heard Michael Vaughan make a racist comment to a group of Asian cricketers, becoming the third player to do so.

Rashid’s former Yorkshire team-mate Azeem Rafiq alleged Vaughan said “too many of you lot, we need to do something about it” to him and three other players.

The allegation, which Vaughan “completely and categorically denies”, was corroborated by former Pakistan bowler Rana Naved-ul-Hasan, who said “systematic taunting” occurred at the club.

In a statement to The Cricketer, Rashid said he could confirm what Rafiq had said.

The fourth player in the group – bowler Ajmal Shahzad – previously told the Daily Mail he had no recollection of the event and “the senior guys were really good to me”.

Former England captain Vaughan has been approached for comment.

He previously said, in a column for the Daily Telegraph, the comments were alleged to have been made in 2009 while he was still a player at Yorkshire.

Rashid, who has been at Yorkshire since 2006, released a statement after the T20 World Cup, where the leg-spinner helped England reach the semi-finals.

“Racism is a cancer in all walks of life and unfortunately in professional sports too, and is something which of course has to be stamped out,” he wrote.

“I wanted to concentrate as much as possible on my cricket and to avoid distractions to the detriment of the team but I can confirm Azeem Rafiq’s recollection of Michael Vaughan’s comments to a group of us Asian players.

“I’m encouraged by the fact a parliamentary committee seems to be trying to improve the situation, whether that’s holding people accountable or getting changes made at an institutional level.

“These can only be positive developments. I will of course be more than happy to support any official efforts when the time is right. For now, though, these matters are of an intensely personal nature and I will not be commenting on them further.”

Rafiq and former Yorkshire chairman Roger Hutton will give evidence at a Digital, Culture, Media and Sport select committee hearing on Tuesday.

Writing in his Daily Telegraph column earlier this month, Vaughan, who was stood down from his BBC Radio 5 Live show, said: “This hit me very hard. It was like being struck over the head with a brick.

“I have been involved in cricket for 30 years and never once been accused of any remotely similar incident or disciplinary offence as a player or commentator.

“I have nothing to hide. The ‘you lot’ comment never happened. Anyone trying to recollect words said 10 years ago will be fallible but I am adamant those words were not used.

“If Rafiq believes something was said at the time to upset him then that is what he believes. It is difficult to comment on that except to say it hurts me hugely to think I potentially affected someone.

“I take it as the most serious allegation ever put in front of me and I will fight to the end to prove I am not that person.”

Rafiq, who was born in Pakistan and moved to England aged 10, played the majority of his career at Yorkshire, between 2008 and 2018, and captained the club in 2012.

In September 2020, following an initial interview with Wisden, Rafiq told ESPN Cricinfo “institutional racism” encountered while at the club left him close to taking his own life.

He told BBC Sport he dreaded “every second” of his career and that a team-mate used a racially offensive term linked to his Pakistani heritage.

Yorkshire launched a formal investigation into Rafiq’s allegations in September 2020 and Hutton said the club would be carrying out a “wider review” of their “policies and culture”.

In August 2021, three days after Yorkshire received the findings of the independent report carried out by law firm Squire Patton Boggs, they admitted Rafiq was “the victim of inappropriate behaviour” – something Rafiq said was downplaying racism – and offered him their “profound apologies”.

The report summary said Rafiq was the “victim of racial harassment and bullying”, with seven of the 43 allegations upheld, although the club said they could not release the full report for legal reasons. They said there had been insufficient evidence to conclude the club was institutionally racist.

Rafiq questioned what punishments had been handed out to former players and a coach who had been found guilty of using racist language. He also questioned the validity of the investigation.

Former Yorkshire academy players Irfan Amjad and Tabassum Bhatti have since also shared their experiences of suffering racism while at the club. 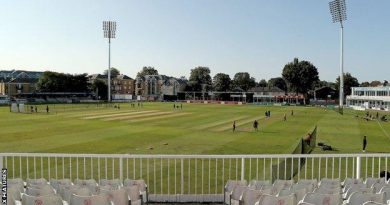 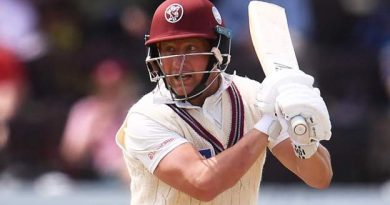